Smart social media campaigns can drive, enhance, and/or support PR and marketing activities. Even smarter social media campaigns embrace integration. When a campaign is so successful that it makes a difference for its cause, seeing it from the outside can be envy-inducing. But we can learn from successful PR and marketing campaigns by taking stock of what they do right—and emulating—without duplicating their process.

All for a Good Cause

Charity-focused social campaigns are among the hardest to connect with (perhaps due to lack of budget or ideas). There needs to be a spark to spur action. So, we gathered a few examples of how successful social media campaigns empower health-related causes.

When an organization’s goal is to reduce 25% of international cardiovascular heart disease cases (CVD) and strokes by 2025, you know the gloves are coming off. Geneva-based World Heart Foundation has been celebrating World Heart Day every September 29th for the past 16 years. They advocate for funding and prevention of heart disease and strokes by globally broadcasting their dangers; since those diseases kill the most people worldwide.

Their global scale means that increasingly—social channels such as Facebook, Twitter, Youtube, and Instagram—play a big part in their campaigns. Instagram and Twitter especially, were utilized this year to encourage people around the world to take ‘Healthy Heart Selfies’ (exercise and health related selfies) and post them with the #PowerYourLife and #WorldHeartDay branded hashtags. These, in turn, were curated by the World Heart Foundation, shared on its website, and branded social channels.

Queen Latifah and her mother, working with the American Heart Association, joined the cause by sharing their experiences on Youtube and encouraging others to do the same. It’s difficult to find influencers willing to offer their personal experiences; so when a celebrity opens up conversations about their family health details on social media, with the goal of informing and inspiring others in support of your cause, it’s a coup. Latifah’s generous contribution to World Heart Day was exactly the endorsement every campaign needs. 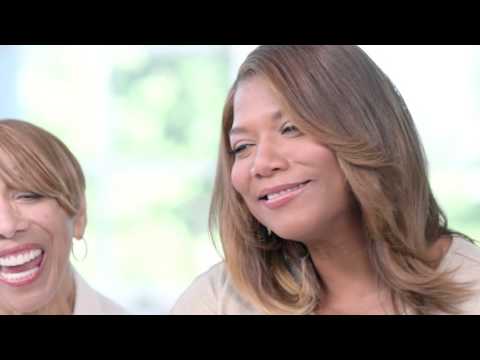 From across the pond in England, UK comes the quit smoking campaign by the NHS, funded by Public Health England (PHE). It kicked off this past week (October—get it!?) and runs through the month. Using a Facebook Messenger bot as a smoking cessation cheerleader, the bot sends encouraging private messages to those attempting to quit. Though the bot is an important aspect of the campaign, #Stoptober is supported by other social channels, including Twitter @stoptober, Instagram #Stoptober, and their informative official site.

The Movember Foundation has set itself quite the bar. From its humble 1999 beginnings in Adelaide, South Australia—when 80 men raised money for the RSPCA by growing mustaches—the popularity of the campaign has spread to the European, African, South, and North American continents. With that, the focus has changed from supporting our furry companions to global men’s health and has since raised $710-million worldwide. In 2012, Movember hit an impressive benchmark when more than one million men signed up to grow a November mustache for charity.

Starting as a distributed and grassroots’ effort, how was Movember able to mobilize to this level of success?

Beyond the low barrier to entry, Movember fundraising sites have always been geo-specific, allowing participants to build local rapport. But both the local and international community are easily found on Twitter or Instagram using #movember or by following @movember on Twitter/Instagram. With a number of global events planned, traditional media kits for journalists  are available on the official website. Offering a traditional PR approach doesn’t mean they’ve ignored other social platforms, since Movember is a global enterprise, its activities have always played out on social channels. In addition to Twitter and Instagram, you’ll find Movember on Facebook, YouTube, and Snapchat, as well.

This year, expect to see even more content, photos, and videos on social platforms. Watch as the Movember Foundation encourages participants to document mustache growth on Snapchat or Instagram Stories while fundraising; or to interview fellow participants on Periscope. In December, part of the Movember Foundation’s continuing challenge is the question of how they’ll extend their brand for year-round donations. As they say: “The Movember Foundation is the only charity tackling men’s health on a global scale, year round. We have one goal: to stop men dying too young.” (Emphasis mine.) Let’s hope people hear their message.

As PR and marketing pros we’d love to know the secret sauce for a successful campaign. However, finding this elusive formula can be near impossible. But, the first step to success might be benchmarking your industry to spot trends that work. Put searches into your media intelligence platform, read up on what is working for others, adjust the formula for your brand, implement what seemingly works, and discard what doesn’t.

Let us know if you’re interested in seeing how this can work.