Great marketing campaigns are those that still resonate with us no matter how many years ago they ran. Not only will their catchy slogans or iconic logos be preserved for years to come, but their impact on our collective identity as a nation continues to be profound (think Yebo Gogo).

Great marketing campaigns make customers feel like they’re part of a family, not just another sale. Although big budget campaigns stemming from the USA and Britain have traditionally been more popular worldwide (think Nike’s Just Do It and Coca-Cola’s Open Happiness), social media has evened the playing field and there are now a growing number of South African campaigns reaching international audiences.

Here – in no particular order – are some of SA’s best marketing campaigns (and what you can learn from them).

Lay’s is about making life’s ordinary moments magical and memorable. Other than selling “irresistible and light” crisps, the brand is about optimism, spontaneity and fun, and reflects these values in their Facebook fan page and Twitter account. It’s no surprise that South African’s fastest selling potato chip brand has also had some memorable marketing campaigns.

During the 2015 ICC Cricket World Cup hosted in Australia and New Zealand, Lay’s presented the “You Gotta Love Cricket” Campaign. SA cricket captain AB De Villiers was the face of the campaign and appeared on the limited edition Prego Sauce flavoured Lay’s. The campaign also included television commercials featuring AB, competitions for cricket fans to win VIP tickets to the World Cup Final, and the “Lay’s Cricket in the Nets” activation. The activation involved setting up cricket nets in select venues across South Africa that encouraged participants to bowl each other out. It allowed the brand to really engage with consumers and fans, and align themselves with one of the country’s most loved sports.

In addition to AB De Villiers, Lay’s has featured the faces of other famous sporting favourites on their chip packets. These personalities include Olympic gold medalist Ryk Neethling and 1995 Springbok rugby captain, Francois Pienaar – creating a connection between the brand and national pride.

If you were to follow directly in Lay’s footsteps you would need Wayne Van Niekerk or Chad le Clos as the face of your next campaign. Big name brand ambassadors are a long shot for most of us, but you can still drive brand awareness through authentic promotion with micro-influencer marketing. Stick to what your brand represents (which in the case of Lay’s is youthful optimism) develop relationships with micro-influencers or brand ambassadors, and let the world see just how delicious your product or service is.

“Steve” from “Beep Bank” became one of the most popular characters of South African radio circa 2011 when the campaign was first released. For the three years that it ran, one couldn’t listen to a radio station in South Africa for more than half an hour without hearing Steve from Beep Bank again attempting unsuccessfully to convert FNB customers. Whether you loved him or loved to hate him, consumers all over the country knew his name and what he represented.

Once “Steve” was a household name, FNB rolled out billboards in major cities to remind South Africans why they need to join FNB.

Within the first year of the campaign, FNB’s sales increased by an astounding 40% and continued to rise throughout its duration, earning it the status of one of the country’s best marketing campaigns.

It’s becoming increasingly apparent that digital is the future, but the success of the “Steve” campaign shows that radio marketing can still be influential and powerful, especially in case where your product or service has a more generalised audience.  It also teaches us that characterisation and persistence can pay off, as these are often what makes a message most memorable.

The iconic South African fast food restaurant specialising in peri-peri- chicken has come to be known for its witty (and often risqué) satire of current events. Nando’s advertisements tap into local humour as a vehicle for marketing their food – and it’s worked incredibly well.

Their ongoing social media competitions and engagement with followers across all platforms has also been advantageous for the brand, which has grown exponentially over the last decade. There are now over 1 000 Nando’s stores in 30 different countries across the globe, and it’s widely considered to be South Africa’s most successful food franchise.

While much of Nando’s marketing is reactive in nature, they are known to engage in their tongue-in-cheek micro-campaigns. One such example was entitled, “After eating a Nando’s Roll”, and encouraged audiences to upload selfies or memes to Twitter showcasing that signature post-Portuguese roll look (see example below).

Sometimes a great one-liner for an advertisement is simply inspired by a newspaper headline, so when in need of a muse, look to current affairs. In addition to being hilarious, relevant and sometimes controversial, Nando’s advertisements are unique both in style and content (note their signature font and it’s instant recognisability).

Lastly, don’t forget the power of authenticity and humour. If your brand can get away with it, have fun with your marketing campaigns, and remember as far as content goes, local is always lekker.

Jeep thought “out the box” for their #UnleashRenegade Campaign

The Jeep #UnleashRenegade Campaign partnered with radio station Cliff Central hosted by Gareth Cliff – well-known for being unconventional and edgy. Gareth and three other local influencers had to complete challenges created by the online community in order to prove themselves “tough” enough to drive the Jeep Renegade. The challenges were filmed and then uploaded online, driving audience engagement, social sharing and additional traffic to a dedicated micro-site (which featured hidden clues around the competition).

“Unconventional” advertisements were also deployed in local airports that involved just a vehicle-sized box with Jeep branding, increasing the hype around the car’s launch. A collaboration with the music identification app Shazam also encouraged audiences to “unleash” (download) the locally-made soundtrack heard on the television commercials.

In terms of ROI, Jeep achieved a 50% increase in sales, 770 new leads, 102 000 downloads of the Cliff Central podcast, 100 000 active engagements and a total of 26 million impressions on social media.

Jeep’s creativity in bringing the Renegade’s character to life underpins the campaign’s success. Consider looking at associated themes (e.g. adventure) when marketing your product or service, and then think about how you might go about turning those into live engagement opportunities.

From a hands on perspective, the campaign also shows us the growing power of online video as a medium for connecting with audiences. So, if you’ve got the budget to film it, then film it.

With 79% market share in the glass packaging industry, Consol is the leading glass packaging manufacturer in Southern Africa.  You may be familiar with a few of their latest innovations, namely the Grip and Go Glass, a glass water bottle with colourful grips. Or perhaps the Solar Jar, a light housed inside a consol glass bottle that’s fueled by solar energy. For their 70th birthday, Consol launched the #BringBackPure marketing campaign. 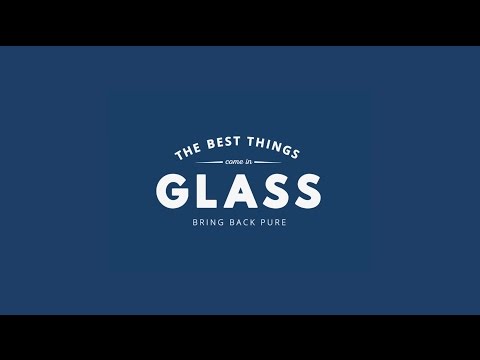 The ads focused on how much more fresh, cold and tasty milk tastes in glass compared to plastic bottles. Consol spoke to South Africans who nostalgically remembered the excitement of having milk delivered every morning. To emphasise the concept that “the best things come in glass,” the brand produced an ambitious campaign to bring back fresh farm milk in glass bottles and deliver to homes across Johannesburg and Cape Town.

In addition, people who had milk delivered to their house could nominate a friend to receive milk too. Instagram exploded with selfies with the milk bottles and the hashtag #BringBackPure.

What Consol did right was touch on nostalgia. What’s more memorable than your best childhood memory? Those who were interviewed remembered everything from the sound of the glasses clinking, to the taste of the cream on top and the smell of the fresh farm milk. Bringing up these memories, with the added social media involvement, made this Consol campaign one of their most successful. Don’t underestimate the power of marketing to people’s emotions.

If you’re looking to make changes to your marketing strategy, then ensure you’re equipped with the social media monitoring tools necessary to measure whether you’ve hit the mark, or need to go back to the drawing board. For more information on how to better measure your return on marketing investment, get in touch with the Meltwater team.