There is no doubt that social media has greatly impacted the way that we connect and communicate with one another. Social media platforms have become a source of news that people trust and consume regularly. Forbes found that more Americans are getting their news from platforms like Twitter and Facebook than traditional media, with Twitter serving as a regular news source for at least 15% of U.S. citizens.

However, in more recent times, we've seen news stories gaining much more exposure and momentum online, providing users with continuous access to almost real-time conversations from each other, as well as news outlets. Whether it is political or climate change topics to trending social media challenges, as more people use social media, many are getting their news online but how often is that news factually correct?

In a Statista study, consumers believe that out of all the news, 40% of it is somewhat fake news or made up. For all the good that social media can bring, there is a dark side to it as well and much of it has to do with the amount of misinformation that can influence and manipulate opinions, and what people consider to be true. However, there are ways to fight social media fake news. Let's explore them.

You might hear the words "fake news" floating around these days, which usually is a reference for the term "misinformation". This is defined as "false information that is spread, regardless of intent to mislead."

Misinformation is spread on a daily basis. Given the imperfect nature of human beings, mistakes will naturally happen and we won't always remember the full details of the things we see, hear or read about in the media. So, if you happen to share content with information that is wrong, without you knowing that it is wrong, then you are spreading misinformation. Why? Because, by definition, misinformation can be spread regardless of the intent.

If, for example, you receive a meeting invitation for 10AM but you mistakenly misread it as 10PM and tell your colleagues about the the misread time, you are, in effect, sharing misinformation. This may seem like a minor example, compared to what happens on social media, but the point being made here is that you shared misinformation by mistake and with no intention to do so.

When it comes to social media, on the other hand, we know that misinformation can spread incredibly quickly, thanks to technology and the power of internet speed and accessibility. From out-of-context videos to news articles on cures for the coronavirus, social media users have shared stories without checking to see if they're true. This has given rise to conversations around who should be responsible for fact-checking information, and what big tech companies are doing to prevent the spread of misinformation and fake news on social media.

Perhaps more so than misinformation, disinformation can be powerful and destructive, and is often what causes divisions when spread on social media. For journalists in particular, it can be can be difficult for them to identify which news is being spread with good or bad intent, which often leads to sitting in the hot seats as PR Week shared in an article.

So, when distinguishing between misinformation and disinformation, intent really is what separates the two. Even though both terms refer to the types of false information that can spread on social media, disinformation is dangerously damaging because it was intended to be spread unethically.

Clickbait is a "a sensationalised headline that encourages you to click a link to an article, image, or video." From news stories and blog posts to videos and and interviews, clickbait is often packaged to attract as many clicks as possible or to go viral on social media.

While clickbait is great for increasing page views, driving traffic to your website or generating more social shares for your content, its misleading nature can tarnish the reputation of reputable news sources that share content with a misleading headline. When people click on a piece of content on social media, there is an expectation to view content that meets the expectation set by the headline. If you don't deliver on this, people may begin to question the credibility of the content which can cause damage to your brand.

Propaganda is the deliberate spread of information, ideas or rumours that help or harm an individual, a group of people, an institution or a country.

According to NBC News, more governments are using social media to promote propaganda as this seems to work better than censorship (which is the suppression of speech or writing). Research by the Oxford Internet Institute found that social media propaganda is far from improving as more governments and political parties are making use of social media algorithms, automation and big data to influence the vast majority of public opinion.

A culmination of political propaganda was evident when Capitol Hill was raided earlier this year. Unchecked information, a lack of meaningful regulation from social media companies and propaganda being used on digital platforms resulted in former USA President Donald Trump being banned from social media due to spreading false information, promoting propaganda and inciting crowds, as The Guardian shared.

Why Fake News on Social Media is a Problem

There is a fake content problem, not just in the news we read and headlines we come across, but in the accounts and comments found on digital platforms today. While there are overlapping issues surrounding the fake content problem that exists, here are 3 that you should be aware of.

Social media platforms, and even some news outlets, do have their own ways of avoiding fake social media accounts or bots these days. There is a reason why you see a ‘captcha’ form on certain websites; it is to help detect whether you are a bot or not. It may be tedious to keep selecting all of the taxis you see in those nine squares but trust us, it helps to do this.

Fake social media engagements have a tendency of skewing the social data of genuine engagement received on a social media post, which can make it harder to decipher if online content is getting authentic comments from real followers or not. While the great beauty of social media platforms like Twitter and Instagram is that they provide users with a platform to say what they want, it also creates a space where fake social media engagement can occur. Regulation strategies to counter this need to be put in place to protect brands and other consumers.

The content that gets posted on social media platforms - from links to video clips and memes - has the potential to contain misinformation or fake social media content, which makes it difficult to police. But even the debate around who should police this content is still complex because we haven't established who the responsibility predominantly lies with.

Around the time of the 2020 U.S. Presidential elections, the NPR found that more than 80% of Americans believed they would read misleading information on social media during the election campaigns. This encouraged Twitter to create a new feature aimed at combating misleading content on the platform by adding blue exclamation points and the phrase “manipulated media” beneath certain content.

Twitter was one of several social media platforms that changed their policies in an attempt to fight fake news on social media and misinformation that was circulating exponentially. While there is still a long way to go towards minimising this risk on social media, strides have been made by various online platforms. Now the question is how can we all contribute positively?

How to Fight Fake News and Misinformation

In order to fight fake news and misinformation on social media, you need to be able to recognise it first. You will know that you are dealing with fake news on social media when you can see the clear bias that the content piece has, or how it tries to invoke feelings of anger and mistrust in a particular person, group of people or cause. Sometimes, this content may come from a news outlet that sounds unfamiliar, is unknown or has no markers of credibility.

In these cases, it is best to analyse and fact-check first before you decide to share with your own followers. Are the author names real? Can you validate the sources mentioned in the article? Do the claims sound suspicious? If these are the questions you can't seem to find an accurate answer to, then chances are, you have a piece of false information in your hands. Things to look out for when identifying social media fake news include:

Code for Africa, an NGO, is the continent's largest network of civic technology and data journalism labs, and they build digital democracy solutions that give citizens access to factual and actionable information that empowers them to make informed decisions. This is especially true in moments when misinformation is being spread online and on social media. Using the Meltwater tool, Code for Africa debunk claims and fact check trending topical conversations to ensure that the general public has accurate information delivered to them in a timely manner to refute any misleading claims. Since using Meltwater, Code for Africa have been able to combat disinformation in Niger, misinformation regarding the Uganda elections and political trolls in Kenya. 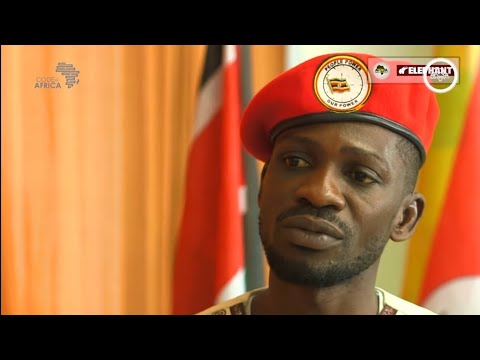 Not all social media platforms have a clear guideline on how you can fight fake news on social media. However, if you do come across misinformation, you can (and should) report it. Each platform has a way of doing this, which is specified below:

The battle of fake news on social media continues and there is some work to be done, on both the part of online platforms and users, to play their part in preventing the spread of misinformation. The problem that social media fake news presents may not be solved overnight nor completely avoided but with the power that social media has, it's wise to exercise caution and to take what we see on our feeds with a pinch of salt before hitting the retweet button.

If you want to learn more about how Meltwater's Social Listening can help fight fake news on social media, fill in the form below and we'll get in touch with you.

Elections And The Threat of Foreign Interference

Dissecting Influence on Twitter: Understand It to Obtain It

Social Media News: The 5 Biggest Stories of the Week