In many ways, social media seems perfectly made for broadcasting messages prior to, during, and after festivals, as well as engaging audiences, and sharing user-generated content for large music festivals. Today’s festival attendee is primed to rely on social media for logistical information, insights, and entertainment.

Here are three music festivals around the world that exemplify successful social media strategies on various platforms to get creative, build their community, and promote their event.

Tomorrowland is a global electronic music festival hosted in Belgium every summer. In 2017 it recorded the largest amount of social media engagement of any music festival ever, generating 1.2 billion points of contact on numerous channels.

The consistent video live streaming hosted on the website, the app, Instagram and Facebook throughout the festival is how this number grew into the billions. Live streams were viewable all around the world in real-time. Tomorrowland also hosted live streams on Tencent, a social media platform utilized in regions such as Asia that don’t have access to Facebook and Instagram.

Whether it was physically or virtually, the entire world was able to be there and experience the magic of Tomorrowland. For those that missed the live streams, the after-movies on YouTube generated huge engagement numbers as well. 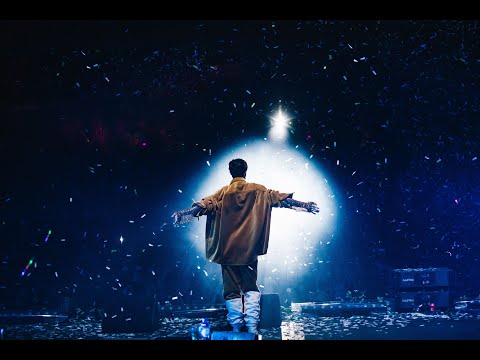 Capturing real-time footage of the magic that happens each year at Tomorrowland and keeping in mind the truly global audience that this festival seeks and attracts provided an experience for their viewers online and generated billions of social media interactions.

A lot of work goes into attending music festivals such as booking travel and accommodations, purchasing tickets and researching the venue. When thousands of people from all over the world are gathering in one location to experience an event, it builds brand trust if there is a reliable outlet for them to get questions answered, receive guidance and be heard.

Electric Daisy Carnival (EDC), an electronic music festival hosted each year in Las Vegas, took advantage of Twitter hashtags to secure a common ground for attendees to get help. They created an official hashtag called #EDCHelp.

Anyone that asked a relevant question on Twitter with this official hashtag received an answer from an EDC employee. Soon enough, fellow EDC attendees were helping out with the influx of questions by getting on Twitter answering them too.

This social media strategy built a real-time FAQ page for this event and exemplified some major core values of EDC: community, trust, and authenticity.

Everyone who is anyone goes to Coachella. This music and arts festival, hosted each year within the palm trees and in-between the desert mountains of Palm Springs, California, is the hot place to be. Models, bloggers, a-list actors, socialites and everyone in-between makes sure the world knows that they are at this festival. Just check their Instagram.

It’s not a coincidence that every April, Instagram feeds are dominated with content promoting Coachella. This festival does an incredible job with influencer marketing by partnering with companies and individuals to showcase their festivals’ brand on social media outlets to their millions of followers.

Since Coachella is so photogenic, these influencers dominate the Instagram space with beautiful photos and videos. Some partners include HM:

Performance Art. @sincerelyjules takes the #RoadToCoachella in the innovative BMW #i8 Coupe. #BMWi

BMW can then use a social media listening tool to monitor their audience’s usage of the #RoadToCoachella hashtag over the course of the year, and particularly, the months leading up to the event:

Access to detailed information and data like shown above is invaluable for a big brands spending thousands (even hundreds of thousands) of dollars on massive social media campaigns such as this.

What Music Festivals Can Teach Us About Social Media Strategy

Nailing down specific social media strategies and activating them on these platforms provide attendees with a uniquely personal experience, on and off the main stage.

If you’re ready to formulate a robust strategy using data gleaned from your community, we can help.