In a crowded market, getting your audience to actively engage with your brand can become a challenge. Nowhere does that play out more than on TV. With social media, the race for engagement goes beyond the weekly Nielsen ratings. That's why some of the most creative social media campaigns are those associated with TV programs, here are five of 2017's best.

For avid TV show watchers, social media, a.k.a. the second screen, offers a binge-worthy avenue to get the most out of their favorite television series.

Social media is the perfect space for the truly passionate and casual viewers alike to connect with other fans, ask questions, speculate on plot twists, and dare I say, share spoiler alerts.

In 2017, shows like The Walking Dead, Empire, and This is Us, all topped Nielsen charts as the most talked-about TV series. But which TV show takes the crown for the most brilliant social media campaign in an effort to drive awareness?

One of the most anticipated series of the year is finally here and the Stranger Things 2 social media campaign did not disappoint.

Netflix spared no expense in making sure fans were engaged on social media. Everything from cinemagraphs and custom content for each social network (Facebook, Twitter, and Instagram) to a plot tease and memorable moments, the Stranger Things 2 social campaign was something from another world.

One great takeaway from this campaign was Netflix’s willingness to experiment with new tactics. For example, the show utilized new Facebook camera effects by creating one of their own for the premiere!

First, it's cute. Then, it's RAWRRR! Our Stranger Things Facebook lens is live: https://t.co/4zOk0DKYKE pic.twitter.com/yQfvRAzaQ0

This article wouldn’t be complete without at least one mention of how Game of Thrones used social media.

HBO and digital marketing agency 360i teamed up to raise awareness for an upcoming season of GOT. And who better to roast than one of the most hated characters on the show… King Joffrey.

The campaign was picked up by more than 144 news outlets worldwide and went down in history as the first-ever crowdsourced comedy roast on social media. When all was said and done #RoastJoffrey earned 850 million impressions, a finalist spot in the Shorty Awards, a YouTube playlist, and a place as a Giphy. This campaign is a prime example of how powerful a well-crafted hashtag idea can be. 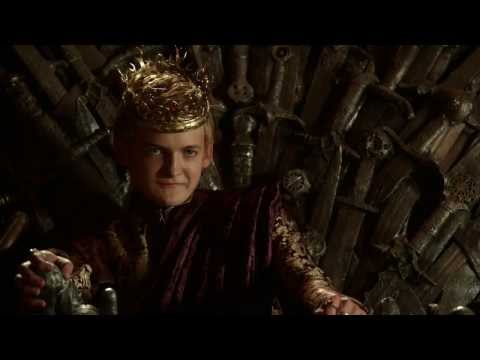 Many critics argue that Pretty Little Liars was the first TV show to really capitalize on social media as a place to generate awareness.

According to Mashable, “seven years after it debuted, Pretty Little Liars is still the “most social TV show” in history, racking up more than 256 million engagements across social platforms.

#TheBetrAyal campaign was ingenious in using social media, going beyond Twitter to Facebook and Instagram, plus a smartphone app to allow users to vote on which character they thought would be guilty of the “ultimate betrayal.”

At its peak, #TheBetrAyal campaign reached 36,000 Tweets per minute and led the show to its highest season rankings ever.

4. Orange is the New Black “Behind-the-Scenes”

One of the most powerful ways to engage fans is to take them behind the scenes. No other TV show does this better than the crew of Orange is the New Black on social media.

This campaign is a perfect example of how powerful and engaging “real moments” can be on social media. These moments help to humanize the show’s characters – drawing viewers deeper with each post.

The most talked-about and social TV show ever, The Walking Dead, has an incredible 40 million+ fans across Facebook, Twitter, and Instagram. So what is a show to do when they’ve done pretty much everything there is on social media?