Top CEO Social Feeds: How to Keep Your Brand on Top

We've made the case before that your employees make some of the best brand advocates. And what better employee is there to rep your brand than its leader, the CEO? To help the C-suite get inspired to jump on social, we've assembled some of the best CEO social feeds we keep track of. Interested in taking your influencer marketing to the next level? Contact us to schedule a demo of our influencer management platform.

According to current research, only a mere 40% of CEOs are active on social media.

Of the 40% that leverage social media, 70% use LinkedIn only. However, this number is expected to grow significantly in 2019 as people turn to authentic sources of information.

In an era of misinformation and fake news in the media, CEOs and other top business executives have a unique opportunity to be more vocal on social. This can help boost your brand’s reputation and build trust among your users. That’s why we put together a list of 5 top CEOs on social media that are making a splash for themselves and their company.

One CEO that accounted for an incredible 33 of the top 500 Facebook posts of 2018, according to BuzzSumo, is evidence of the power of a CEO’s voice and leadership on social media.

Masiyiwa has racked up more than 3.5 million fans to his Page, ranks 437 among all Public Figures in the world, and generated 108+ million engagements to his posts in 2018.

Learn to use the law to protect you and your business (Part 2) __Case study: a "legalpreneur" for SMEs... Every once...

And the most interesting part is that he’s done all of this through images and captions (not videos). A lot of his high ranking posts are more like micro-blogs, averaging well-over 300 words per caption.

Mary Barra, CEO of General Motors (GM) was the first female CEO of a major global automaker. And that’s just one of many impressive facts about Barra.

GM ranked No. 1 on the 2018 Global Report on Gender Equality – one of two global businesses that have no gender pay gap All thanks to the leadership of Barra as CEO.

…Today, we have a plan for the majority of employees currently working at our impacted plants in Maryland, Michigan, Ohio and Oshawa, Canada that includes job opportunities at other GM facilities. We're committed to doing the right thing, for the future of GM and our people.

Frequently, Barra uses Twitter as a platform to champion social causes like empowering female leaders and emerging nonprofits such as GirlsWhoCode. She also demonstrates that even as the head of a Fortune 500 company, it doesn’t mean that you have to stick to a boring, media-friendly script.

She uses social media as a way to confront potential issues and negative press head on. Instead of hiding in the shadows, Barra steps into the spotlight and speaks transparently on behalf of GM.

In one of the bigger political brand moves of 2018, Salesforce CEO, Marc Benioff, made a pledge to support Prop C – A measure to tax the biggest businesses in San Francisco to raise as much as $300 million for homeless programs:

Homelessness is all of our responsibility which is why we are supporting Prop C @OurHomeSF. Together, as one San Francisco, we can take on our city’s most complex & difficult problems. As SF’s largest employer we recognize we are part of the solution. https://t.co/TOVCC1zPZG

What’s most interesting about this particular situation, is that Marc Benioff personally lead the charge on social media. Benioff was personally in for $2 million, while Salesforce reported nearly $5.9 million in contributions.

As a CEO of a massive SaaS brand, this is a perfect example of how effective social media can be in gaining press attention for your business. Instead of framing it as a Salesforce initiative, the Salesforce PR team helped Benioff craft a compelling narrative that eventually lead back to the company.

Former CEO of Burberry and now Senior Vice President of Apple Retail, Angela Ahrendts is a master storyteller both in her personal life and for the major brands that she leads.

Great brands and great businesses have to be great storytellers. We have to tell authentic, emotive, and compelling stories because we are building lifelong relationships with people. That relationship has to be built on trust. 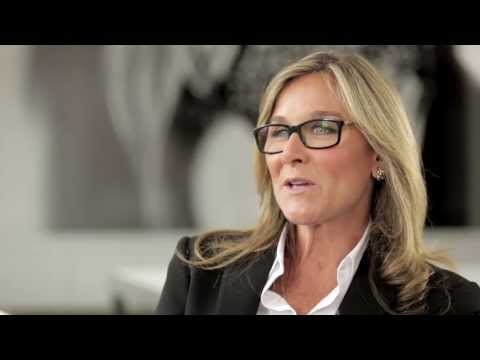 You can see and feel Angela’s storytelling ability in every one of her posts on social media. Even seemingly small Tweets come across as captivating:

CEOs need to be great storytellers in order to amass and move a large audience online.

However, that doesn’t mean Zuckerberg is giving up. Quite the opposite – he’s showing CEOs everywhere that even in the hardest times you can still come out as a better person and business.

To do so, Zuckerberg uses Facebook as a place to open up a conversation around change:

Zuckerberg publicly addresses many of the issues Facebook is up against in 2019 and explicitly states what he is going to do about them.

Social media is the perfect platform to enact change because it’s on public record and it’s a forum where CEOs can interact with key stakeholders – you and me.

The Importance of Social Media for CEOs

These CEOs show that personal social media accounts can be a powerful force for good in customer service, brand building, PR, marketing, and sales.

However, CEOs can only accomplish these goals if they are active and consistent on social media. It’s hard to build an audience and community otherwise.

Take a stand, confront your company’s biggest challenges, be an advocate for change, and leverage the power of social media as if you’re job depended on it.