A Data-Driven Analysis: The Future of eSports in the Middle East

Is there room for eSports to grow in the Middle East? That’s the question that gamers and digital sports players in the region are asking themselves who want to make it in the industry. What began as a simple hobby in countries like the United Kingdom has now become a global phenomenon and avid gamers in the Middle East are catching up to it.

News media outlets within countries like the United Arab Emirates and Saudi Arabia are also taking note of the rise of eSports within the region, as over 4000 news articles have mentioned ‘eSports’ so far in 2020, a total media exposure increase of 107% compared to 2019. What does this mean? That this niche form of entertainment is becoming more popular, and as individual gamers across the globe are making a mark in this phenomenon, can the same happen in the Middle East?

The Current State of Gaming in the Middle East

Since January 2020, 'eSports' has been a keyword that consistently gets more than 100 000 mentions on social media in the Middle East, indicating how much interest there is in esports and continued efforts to sponsor upcoming gamers in esports tournaments both locally and abroad, as mentioned in the ESI Regional Esports Market Report for the Middle Eastern region.

In February 2020, Forbes revealed ﻿that the creator of 'League of Legends', Riot Games made waves in 2019 for their 10 year anniversary as they revealed a new first-person game called 'Project A'. This announcement not only received high interest from the global gaming community but impacted eSports conversations within the Middle East. With just over 10 Million social media mentions on 'eSports' alone in the region during the month, gaming and digital sports presents itself as an opportunity to be leveraged not only as a hobby but as a competitive sport that has the potential to reach global standards yet still be highly valued within the digital entertainment industry.

According to Statista, the shared revenue of the video gaming industry in the Middle East was evaluated to be at around $3 billion in 2017, with the biggest markets including Turkey, Saudi Arabia, and the United Arab Emirates. While this region may still considered a young market in the gaming industry, it also holds a lot of potential.

News coverage on gaming within the twelve MENA (Middle East and North Africa) countries has also been overwhelming positive throughout the course of 2020. From Acer seeing growth in the Middle Eastern market due to its gaming models, to Saudi Arabia launching a $10 Million esports charity tournament in an effort to combat COVID-19, it is clear that this industry is one that is on the rise and with a market that is ready to see it succeed.

So, what potential do esports events and tournaments have to rise beyond MENA?

The Future of eSports is Brighter Than Ever﻿

Prince Faisal bin Bandar of Saudi Arabia, a passionate gamer himself and president of the Saudi Arabian Federation for Intellectual and Electronic Sports, has put the gaming industry on a podium with hopes to take digital sports as far as the Olympics. “eSports professionals are the top one to two percent; they are absolutely athletes,” Prince Faisal notes in the Wired article. “I believe esports should be part of the Olympic movement. This really is the sport of the next generation.”

A player to look out for in the region are Mosaad "Msdossary" Al-Dossary, a 19 year old Saudi Arabian FIFA esports player who forms part of Shaun 'Jay-Z' Carter's Roc Nation Sports. Msdossary is the second player from Saudi Arabia to win the FIFA eWorld Cup and was named the eSports Player of the Year - both in 2018. 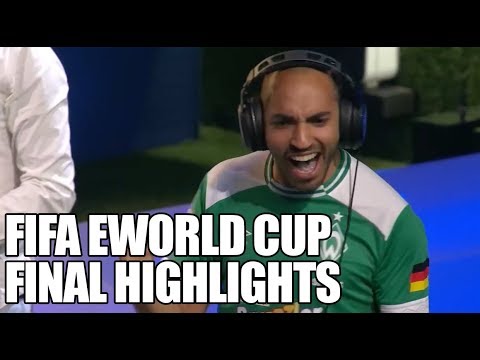 Much like any other region, young people in the Middle East have a growing fascination and interest in video games. Some of the top video games that have been mentioned along with 'eSports' in MENA countries include League of Legends, Fortnite, DOTA 2, Counter-Strike and FIFA. But one of the negative perceptions around 'eSports' in MENA that adds to the negative sentiment in the above graph is questioning the role of the youth in eSports and seeing the industry as more of a simple game instead of being taken so seriously as the video gaming industry could be.

As mentioned by Hossam Al-Salti, board member of recently formed Syrian eSports Association, most people consider eSports to be child-orientated entertainment even though professional players are above the age of 18 years and have similar mindsets to other athletes. Although this perception exists, it hasn't stopped players and officials from showcasing the gaming industry to the rest of the region in an effort to eventually take it to the world.

Although it has been slow, eSports in the Middle East is moving closer toward a global stage. Tencent's League of Legends championship, which was viewed by having 60 million viewers, proved massive potential for eSports on a global market. ﻿In MENA, the same can be said for its potential to grow both in the number of players involved and tournaments.

With the backing of Prince Faisal bin Bandar from Saudia Arabia, one can only hope to see more steps taken to build and ensure a future for esports in the region that is brighter than ever before and transforms the dream of seeing the gaming community in the Middle East on a global stage into a reality.