The Evolution of Women in Tech

In today’s startup world, there’s no shortage of discussion about the role of women in tech. Controversy shrouds everything from the way we educate young women, right through to how we interact with gender in the workplace. And, with this constant and raging debate, it’s become common for anger and frustration to take hold around the subject – which is now as divisive as it is encouraging.

So the question remains, how do we create a supportive and diverse environment in the STEM fields, that benefits society as a whole?

Well, as a starting point: by taking a break from the rabble rousing and furious banter, and getting to grips with the evolution of women in tech. This International Women’s Day, we’re celebrating accomplishment and recognising the important role that women have played in our industry and the technological development of humankind. Let’s go!

While it’s commonly believed that women have always been excluded from computing, they were actually among some of the first and most iconic contributors to modern technology. We only need to look to these incredible pioneers to understand that women helped birth the rise of programming:

Ada Lovelace: the first woman to write an algorithm intended for execution by a computer.

Grace Hopper: a computer scientist and admiral in the American navy who was also one of the first programmers on the Harvard Mark I computer, among many other accomplishments.

Jean Jennings Bartik: a mathematician who was also one of the first programmers for the ENIAC computer.

The accomplishments of these women, among others, set the tone for the development of the internet in later years the early stages of software development as we know it today.

Bletchley Park and the War Years: Code-Cracking, Computing and Cooking

In a bizarre form of irony, computer programing used to be considered “women’s work” right alongside child-rearing and homemaking and, of course, the basic survival of families during the war years. While part of the controversy around women in tech today is based on that the fact that they are largely expected to do “everything” – women have been tackling multiple roles since before the forties. And, arguably, there is more recognition for these contributions today.

“And it really amazed me that these men were programmers, because I thought it was women’s work!” – Else Schutt, programmer and army vet, in Recoding Gender, 2012

Among some of the most remarkable women of this time, were the Bletchley Park Code Crackers, who are widely attributed with having cut the war short by two years and who played an integral role in cracking Japanese signals. 75% of the constituency was comprised of women who totalled a mind boggling group of 8000 strong.

Winston Churchill is even quoted as saying that the Bletchley Park Code Crackers were ‘the geese that laid the golden eggs and never cackled’. While he might have chosen more careful words in today’s world, he did succinctly convey the importance of this formidable team – many of whom never even revealed themselves to the public until as late as the early 2000s.

The Golden Years of Women in Code

In the Secret History of Women in Coding, the New York Times tells Wilkes’ story like an old folk tale. It starts with details of how her teacher encouraged her to pursue something she didn’t even know existed – and continues right through to how she felt about the food she ate when working on the world’s first programmable computer. The sixties would start a drastic, 2-decade-long incline of women in software development and coding – a kind of golden era for female representation in technology.

Whilst Wilkes’ name is perhaps the most recognisable from that time, there are many others who deserve recognition – most of whom the public will never know. But her work stands out almost poetically to the backdrop of the women’s liberation movement.

Perms, Permutations and the Drastic Drop in Female Representation 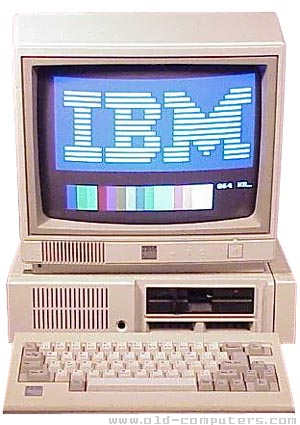 While most of us spent the eighties doing things like trying on new bomber jackets or being born, a small group of women continued to bravely venture into modern computing. This was about 17% of all programmers. Despite accessibility to personal computers growing, the number of woman who coded dropped drastically. There are a number of theories about how and why this happened – but the most plausible seem to be:

The blatant discouragement of women and minority groups from tertiary coding programmes.
The rise of representation in Hollywood for male coders.
The fact that video games (a gateway to coding) were pitched at boys far more heavily than girls.

This is not to say that notable contributions weren’t made by female coders during this time. In fact, companies like IBM and Atari made their impact by empowering some female game developers which pave the way for icons like Ellen Beeman or Keiko Erikawa.

The World Got Hold of the Internet

The internet has existed long before it was available to most of us but the nineties mark a time when the world wide web became more accessible to the general public. Still, the achievements of women in tech were being increasingly downplayed. Gone were the days of programming being women’s work. In fact, many of the earliest female pioneers in the STEM fields were largely forgotten.

While it’s been almost 20 years since then, we still face many of the same challenges. However, today there are also a number of recognisable women leaders in tech serving as beacons of achievement, such as Sheryl Sandberg: Facebook, COO, Susan Wojcicki: YouTube, CEO, Virginia Rometty: IBM, CEO, Meg Whitman: HP, CEO and all the women coders who work tirelessly to bring the world new technology and platforms every day.

We asked resident Meltwater women in tech what they thought of this evolution over the last 10 years. Here’s what they had to say:

“Though I think we are making steps towards a more even split between women and men in the tech industry, there is still a long way to go. I believe that it all starts with the tools given to women at a young age. By giving young women a space to expand their creative and innovative side, we will pave a much stronger way for female engineers, scientists and future leaders in the tech space”. – Imogen Wakefield

“I think the role of women in tech has improved over the decade. However, the fact that every time a woman gets appointed for a leadership role in a male-dominant field it gets heavily publicized shows that there is still definitely room to make a woman leader in a tech company more of a norm rather than an oddity”.  – Pille Pedmanson

“There’s been a big change in the industry over the last few years with more and more emphasis being placed on increasing opportunities in the workplace and employers seeing the benefit of having strong, female leaders in the tech field. There’s more work being put into apprenticeships, training, career development etc. which is really good to see!” – Roxanna Uddin

“Women have been working really hard to push the boundaries in technology for some time now. However, even though there has been change over the past 10 years, we are still not at gender parity. It’s an exciting time to be a female leader in our industry and we really have a chance to shape the future of women in tech!” – Cara Riseborough

Happy International Women’s Day. Tell us about some of the women in tech who inspire you or read Words of Wisdom from Women in Tech.

The Evolution of Women in Tech was last modified: March 8th, 2019 by Wesley Mathew