PR Success Stories and What We Can Learn from Them

Anyone who’s ever had their brand skewed in the media or dealt with damaging reviews has a  clear understanding of how comprehensive public relations systems need to be. We’re not solely talking about reactive PR here, although sometimes it can play a role in crisis management.

Rather, we are referring to the ongoing PR associated with reputable firms, with a desire to build good relationships with the media and within their respective industries.

And in every instance where public relations was effective, we have the opportunity to learn – and what better way to learn than to look at some big and bold and well-known PR success stories that can teach us more about how powerful this industry really can be. So, let’s dive in.

The situation: Greggs is practically an institution in London, over 75 years since John Greggs delivered eggs by pushbike. And today, we can look to the Greggs store in Newcastle (only one of almost 2000) for a glimpse into opportunistic PR at it’s finest. While there’s a negative connotation to the term “marketing ploy” there are few better ways to describe the way in which the Greggs team made the most of a unique situation.

The department store Fenwick is opposite this particular branch, and known for its festive displays that draw crowds in the thousands. In all the pictures, you can see the reflection of the Greggs sign, which subsequently appears backwards. So, Greggs made a simple change and turned their sign around to get some free exposure. 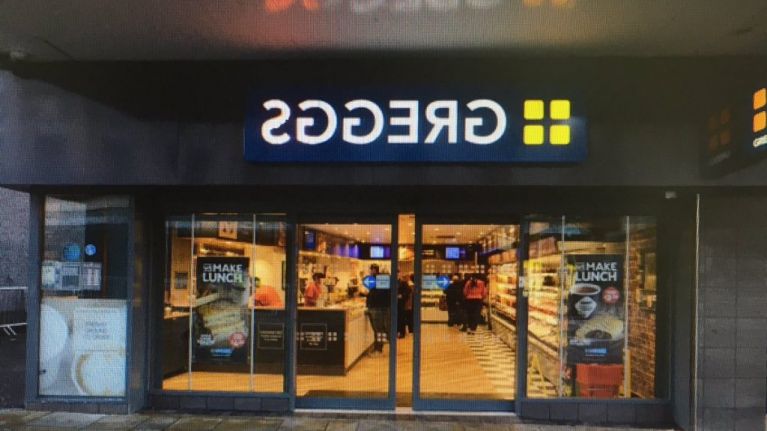 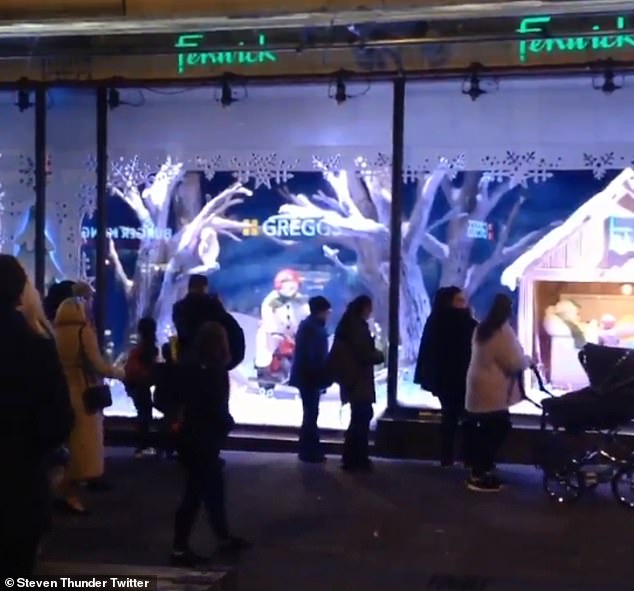 And this wasn’t the last time that Greggs impressed us with their public prowess. Earlier this year, their #vegansausageroll tag trended on Twitter – thanks to some jesty banter with Piers Morgan.

What we can learn from this: Work smart, not hard. By putting our heads together, getting creative and applying a strategic approach – a simple change can legally (and impressively) garner greater media exposure. Align that exposure with something positive – and you’ve hit a proverbial home run.

Also, remember, that some playful banter online can be a good way to get the right kind of attention – but never take it too far. Look at your physical surroundings and immerse yourself in your customers’ experience beyond digital. In the same way, we place heavy emphasis on how a user interacts with a site, we should also look at their physical experience.

And these aren’t the only times that Greggs has stood out among its peers. There’s also a lot to be said for the strategic re-positioning of the brand (how every touch-point is designed to support the notion of baked goods on-the-go), their use of technology and innovation to compete with the likes of Starbucks.

“Content should ask people to do something, and reward them for it.” – Lee Odden

The situation: Millennials are well known for stereo-typically loving avos – a fact that Virgin Trains decided to have some fun with, in light of the high demand for their “millennial railcards” and their site crashing.

People couldn’t make use of the discount offered to them, which saw the beginnings of what could have been a public relations nightmare – especially considering the high-level presence of millennials on social media and internet forums. Instead,

Virgin found a workaround with a social media campaign directed at 26-30 years olds who (by their age alone) fit firmly into the millennial category.

The offer? a discount on travel for an entire week on West Coast routes. All participants had to do was show the ticket officer an avo when buying their journey, playing jokingly into the millennial stereotype and offering more customers the chance to get their rail discount without much effort.

What we can learn from this: Plan for the worst case scenario. If you haven’t or can’t – make it easy, make it fun and make it rewarding for people to get what they need. Leverage the success of these attempts by continuing to show people how it’s done, and how happy customers are making use of the new mechanism to succeed at their task, on social.

If you’re attempting to play into a stereotype, be wary of being offensive. Look for the ones that aren’t harmful and that everyone can enjoy together.

“The best way to predict the future is to create it.” – Peter Drucker

The situation: The day KFC didn’t have chicken was a strange day for the world. After changing suppliers, they had a temporary shortage and couldn’t offer the food they are known for. They aptly put their apology into an FCK campaign that made them the talk of the town, and indeed, the world.

So we know that this brand is no stranger to coming up with effective PR that can turn a potential disaster into an opportunity. They literally had one job – give the masses their chicken and when they couldn’t do it, they still came out of it reasonably unscathed. But perhaps a lesser-known example is the KFC fries campaign.

After a bunch of scathing reviews on KFC fries, this forward-thinking brand took a page out of 8 Mile’s book and effectively embraced the criticism (just like Eminem in the final battle scene). As you can see below, they bought a critical tweet to use in their media. The tweet reads: “Dear  KFC, No one likes your fries. Sincerely, the entire world”. Their response? New fries coming soon”. 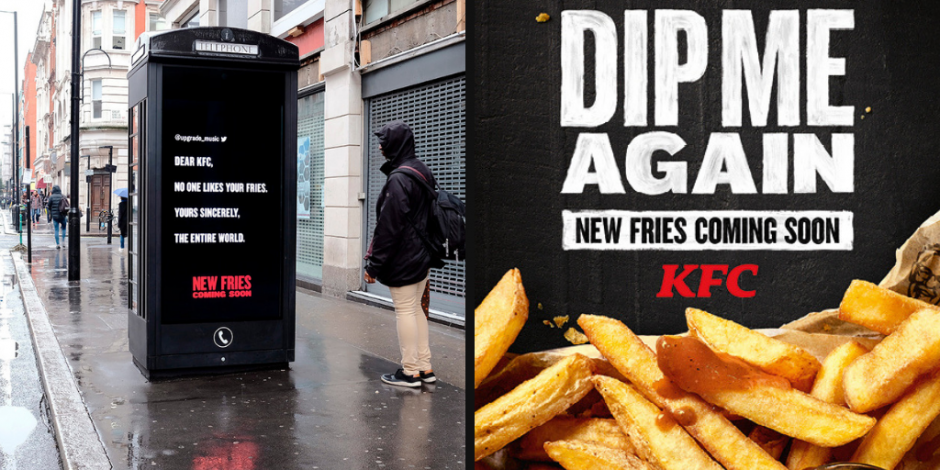 What we can learn from this: We don’t always have control over how the public will react to our products, and in today’s world it’s easy for everyone to share an opinion, whether its warranted or not. In many instances, the public are going to hand you lemons and you can treat those lemons in different ways.

One of the best is to use them for advertising lemonade. however, most importantly, this campaign succeeds in that it shows consumers that KFC really listens to them and that their words have an impact. Beyond that, it’s purely opportunistic.

If we look at all these campaigns we can find a few key moments of common ground but essentially, there is opportunity knocking in every event – you just need to spend the time analysing where it’s most worth your while to pursue it.

Measuring the impact of your PR

It doesn’t help to focus all your efforts on reactive PR, despite how powerful it can be. It works to your advantage to measure public sentiment in social and news media – as a preemptive move. You can use our media monitoring software to identify trending topics, learn more about sentiment, view top posts on specific topics and find conversations about your brand.

This is also a useful tool in terms of measuring the impact of your PR and adjusting your strategy accordingly. That insight will help you craft future campaigns and identify new opportunities for relationship building and positioning your brand positively in the public eye.

Fill out the form below for more info!

PR Success Stories and What We Can Learn from Them was last modified: June 14th, 2019 by Wesley Mathew

Young in Digital: Meltwater’s Watchlist for 2020
by Wesley Mathew