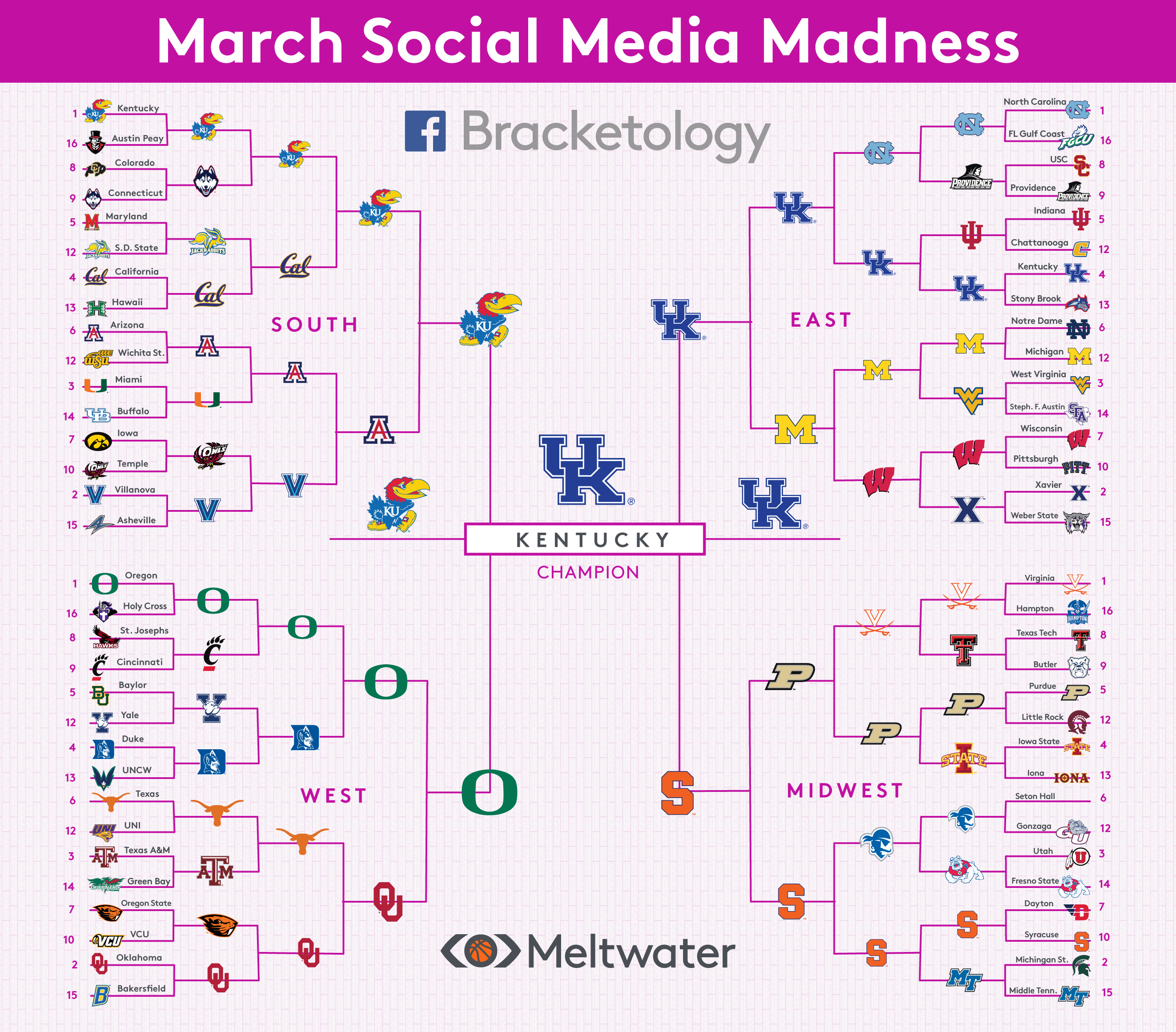 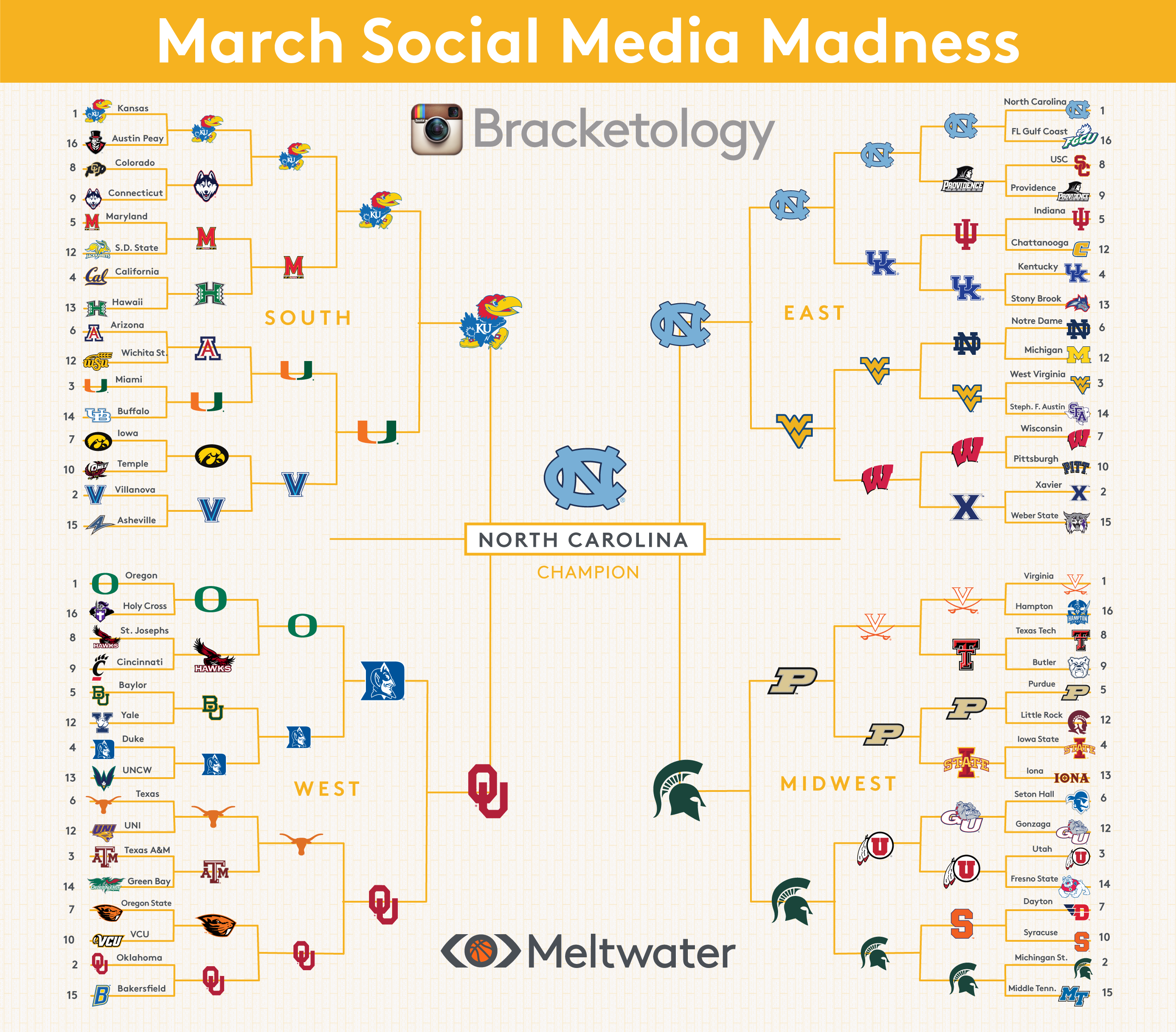 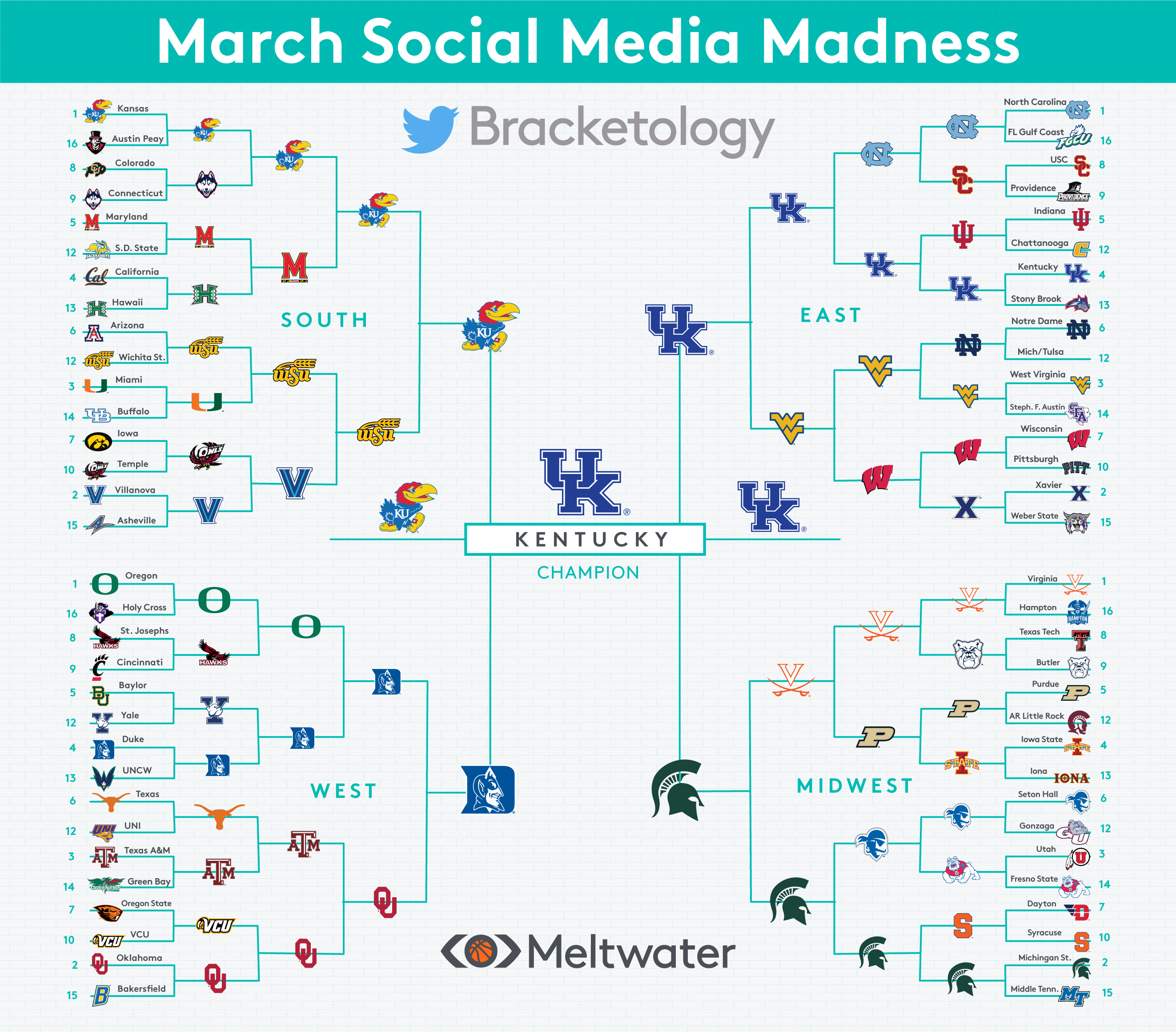 It can be a chicken or the egg argument whether a strong fan base equals a strong team or the other way around. But it’s pretty much agreed that team spirit is key to any sports program. These days that also means online social engagement. So, at the beginning of March Madness, we posed this question: Can the social media enthusiasm of fans, players, and brands propel a team to victory?

The answer? Kind of. The sheer number of social media followers was less an indicator than increase of percent of followers. Heading into the Final Four, underdog teams saw a phenomenal increase in followers on social. On Twitter, Villanova increased their follower count by 269%, and Syracuse had the second highest increase of followers at 181%. Much more heavily favored from the beginning, Oklahoma and North Carolina started out strong with 102k and 292k followers, respectively, and their follower count only increased 24% and 12%. These are healthy increases, but not very different from those of fellow Sweet 16 teams. On Instagram, it was Syracuse who enjoyed the biggest increase of followers at 63.4%.

Now, on the way to the championship, Villanova is handily killing it on Facebook with an increase of 1158%—yes, you read that right. This amount is lightyears ahead of any of the Sweet 16 teams, let alone the Final Four, who all had increases: Oklahoma at 25%, North Carolina at 2%, and Syracuse at 4%.

People love a Cinderella team, and if support on Twitter is a predictor of the championship game, then Villanova has all but caught up to the momentum UNC came into the tournament with. 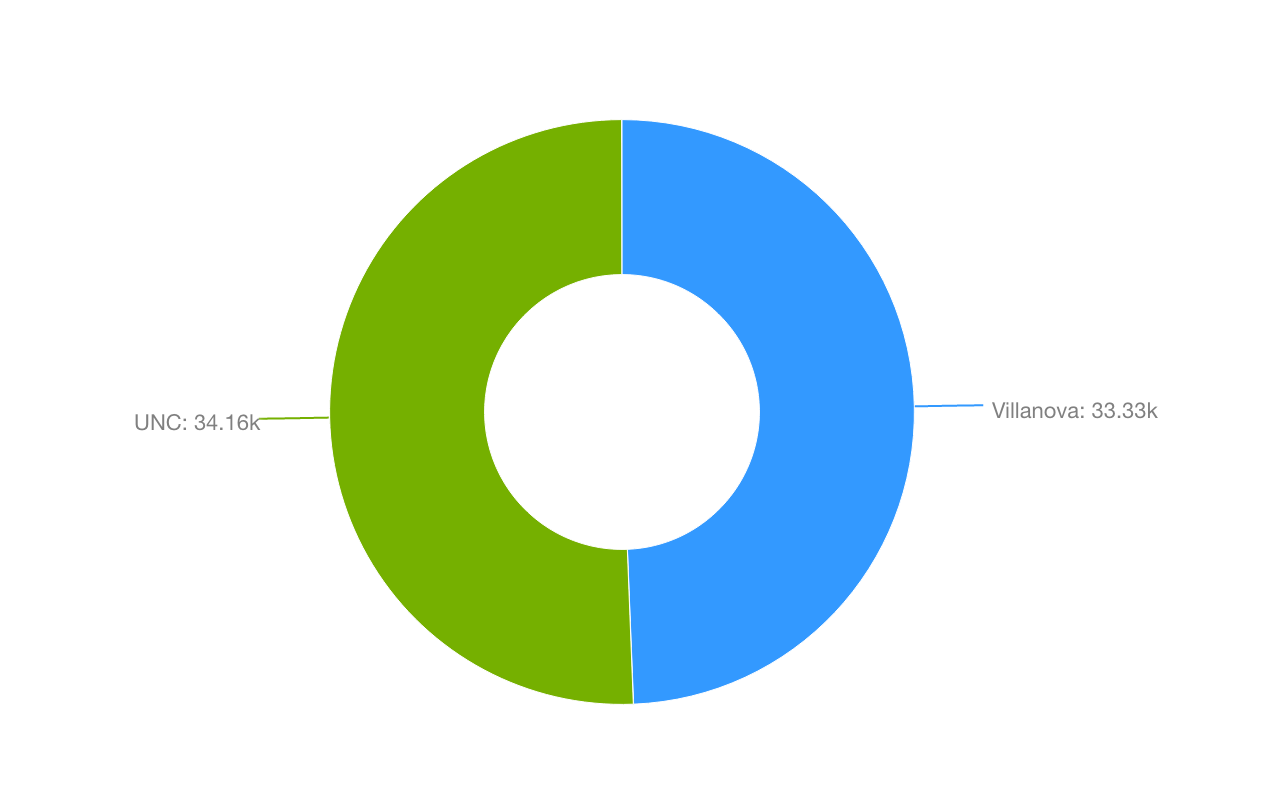