Fashion trends aren't just about color and silhouettes. They extend to marketing and PR, especially these days, on social media. We've seen how the industry led the way on Instagram, and now we're taking a look at their Snapchat content strategy.
Rachel Arthur
Share
Tweet
Share

There’s no shortage of inspiring content from fashion brands and retailers on Snapchat these days—from big initiatives surrounding fashion shows to ongoing posts throughout the year teasing new product lines and behind-the-scenes insights into some of the world’s most glamorous companies.

Snapchat today has 150 million daily active users globally, with 60% of that base in the 18-34 year old age bracket. Within that, 25-34 years olds are the fastest growing demographic. Otherwise known as Millennials, which are due to be the largest generational segment, not to mention one with the fastest growing spending power by 2018-2020, it’s no surprise fashion brands have looked to jump on board.

Snapchat itself, or Snap Inc as the parent company is now known, only supports a paid strategy—that being the decision to make use of any one of its three advertising propositions. These include Snap Ads, which appear between Stories and Discover content, Sponsored Geofilters, which are location specific overlays on images and videos taken, and Sponsored Lenses, which are augmented reality additions to selfies taken by users. While many brands have been jumping on board with these, including Burberry, ASOS, Chanel, Louis Vuitton, Gucci, John Lewis and more, there are a multitude of others also looking to an organic strategy based on native content and a big push around storytelling.

Read on for 10 of the best examples of both for inspiration on individual campaigns as well as ongoing content planning. 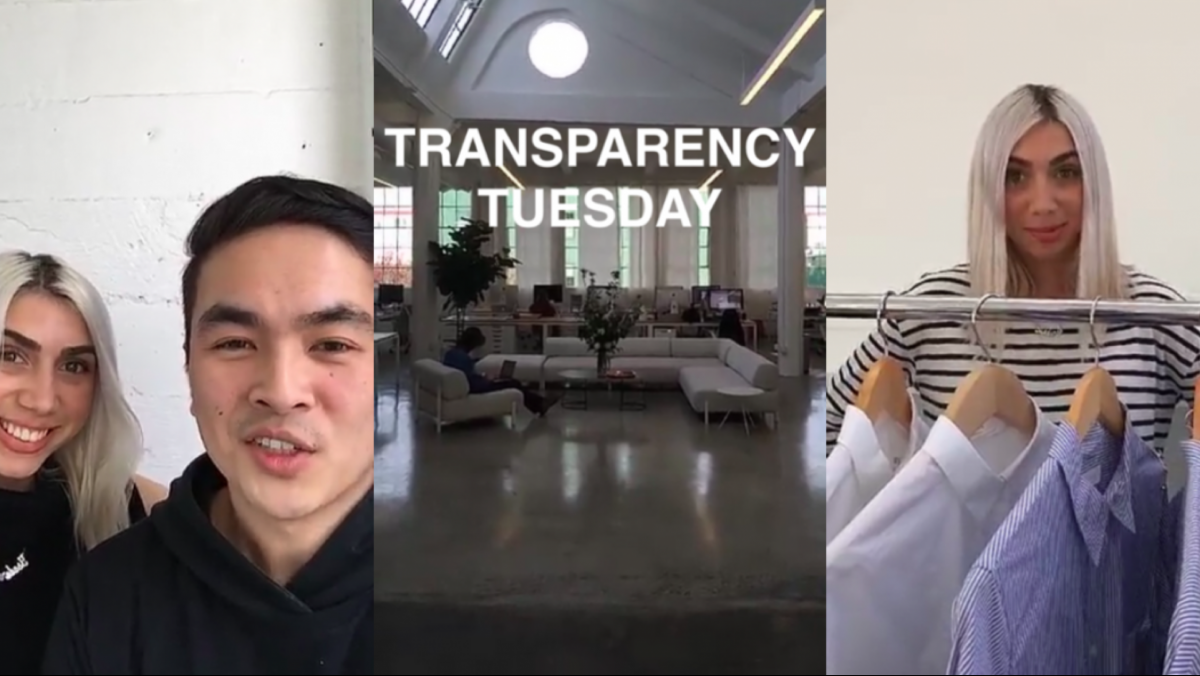 Everlane undoubtedly comes top of any list of effective Snapchat content strategy. It uses the platform as its primary social media channel, anchoring each and every post with insights from its candid and personable team members, Red Gaskell and Isadora Sales. They share everything from sneak-peeks into new product releases, updates on life inside the company and even tours to its factories. Its standout campaign takes place every Tuesday however: #TransparencyTuesdays does what it says on the tin, enabling a transparent view on the company in-keeping with its Radical Transparency tagline. The duo presenters spend time answering questions from fans, providing that ever candid perspective on what the brand stands for. Rumour has it the duo also aim to respond to every single Snap they get from fans with at least a selfie back. 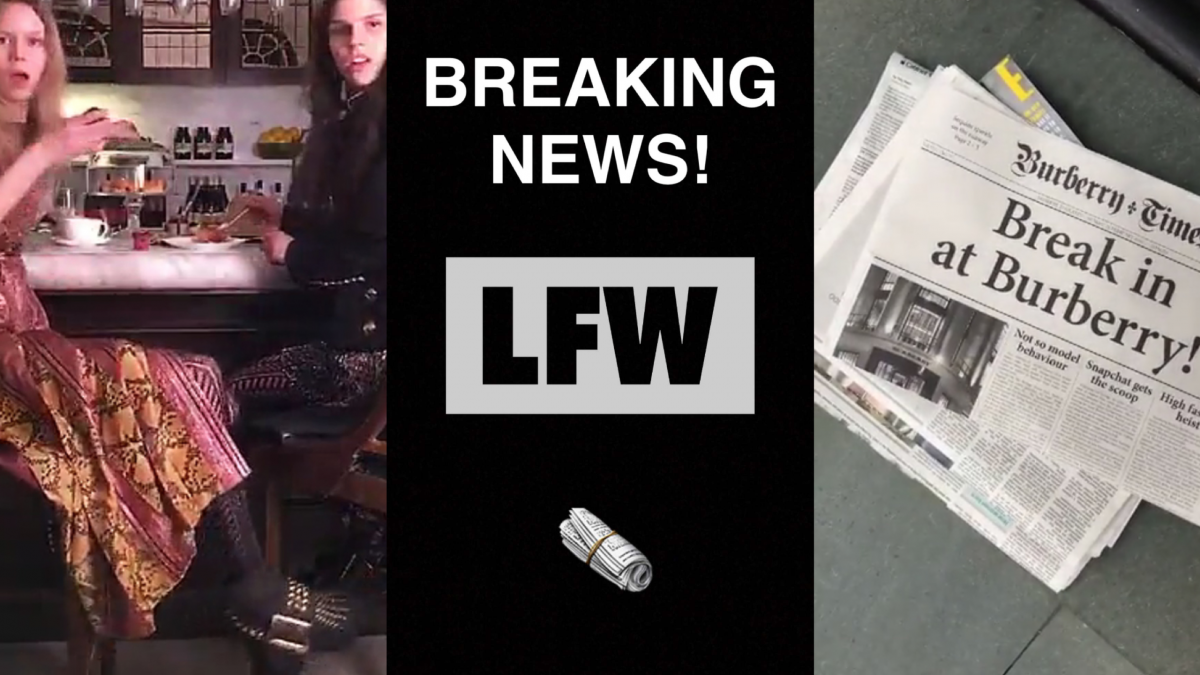 Burberry has long been a brand nailing how to do platform-native content, and Snapchat is no exception. It uses it to reveal new product, and does so in increasingly creative ways. During London Fashion Week in February 2016 for instance, it told the tale of two models planning to break into its flagship store on Regent Street in London—cue lots of security footage, references to numerous heist films, and entertaining moments before the duo eventually find the locked collection, play dress up in it, and then get caught. “Break in at Burberry!” read the headline on the front of the Snapchat newspaper the next morning. It was a huge example of how storytelling can play out via this platform, and done in a way that was fresh and exciting while other designers primarily concentrated on showing behind-the-scenes at their catwalk shows. British retailer River Island turned to Snapchat’s paid-for geofilters as a way of driving brand reach and engagement with fans visiting any one of its 280 stores. Available by swiping left and right on images or videos once taken on the app, filters include standard things like time, temperature and city, as well as the occasional branded version tied to a physical location. In River Island’s case, there were numerous different designs available across its stores for what it called its ‘Snap & Share’ campaign this fall. They were only available when physically there in person and included taglines like “But first, coffee”, “Every week is fashion week”, and “Word hard, shop harder”. 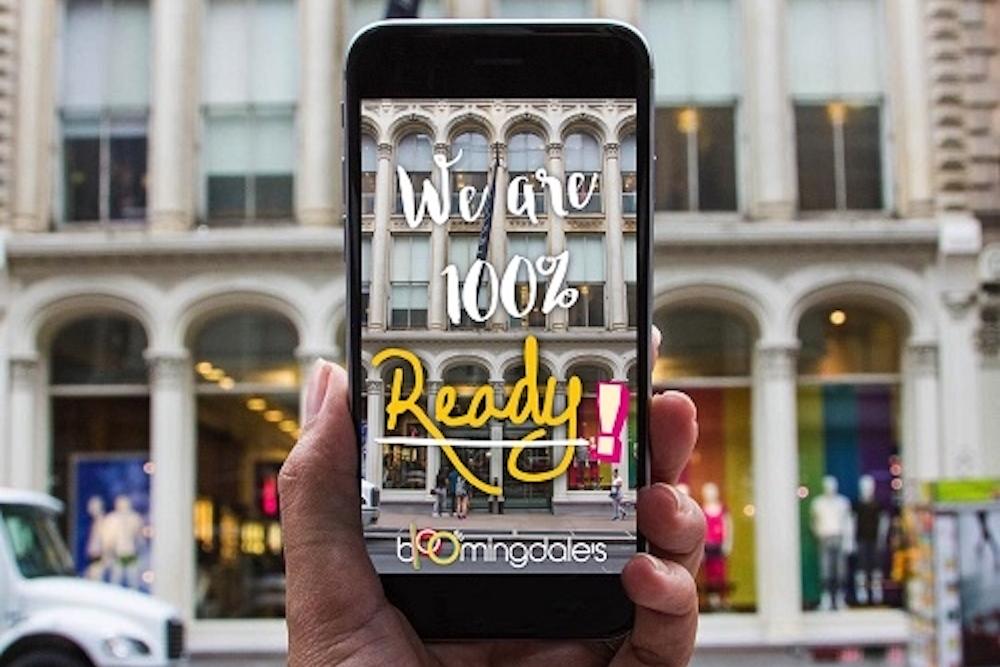 Bloomingdale’s is another retailer that turned to Snapchat’s geofilters throughout its stores. This time however, it did so based on the idea of a scavenger hunt for users to find different bespoke designs. Placing hundreds of them in and around its departments during September 2016, again thanks to GPS, the campaign invited shoppers to take selfies with them and send them back to the store in order to win various prizes. The initiative was inspired by the uptake of Pokemon Go earlier this summer. Jonathan Paul, operating VP of social media at Bloomingdale’s, told Luxury Daily: “We thought that if we could gamify Snapchat geofilters, we could connect with shoppers in a playful and creative way.” Agent Provocateur is a great example of a brand that fully embraces the idea of Snapchat’s very candid and raw aesthetic. Is used the app, as well as Twitter’s live streaming tool Periscope to provide insights into life working in one of its shops around the world. #ShopGirlTakeover, as the campaign was called, saw sales associates taking control of the brand’s channels for a day to share an inside (and slightly naughty) view of what they get up to, and enable them to answer fan questions throughout. As creative director Sarah Shotton said: “I love how Snapchat and Periscope offer a candid way to document a moment in time, and who wouldn’t want to see what AP Agents from around the world get up to? Want to know how to get into suspenders in 30 seconds, or what to do with a whip? These are your girls!”

Fendi created a campaign called Snapchat Tour this year, which saw different influencers including Kendall Jenner, Zara Martin and Irene Kim taking over the brand account for various moments around the globe. Rather than just accepting the fact that content would only live for 24 hours, as is the Snapchat setup, Fendi recently captured and reuploaded the assets to its website where it lives on for fans to explore. Each city, including Rome, London, Moscow, Paris, Seoul and Miami and more, can be scrolled through and the resulting content explored from the influencer that made it. 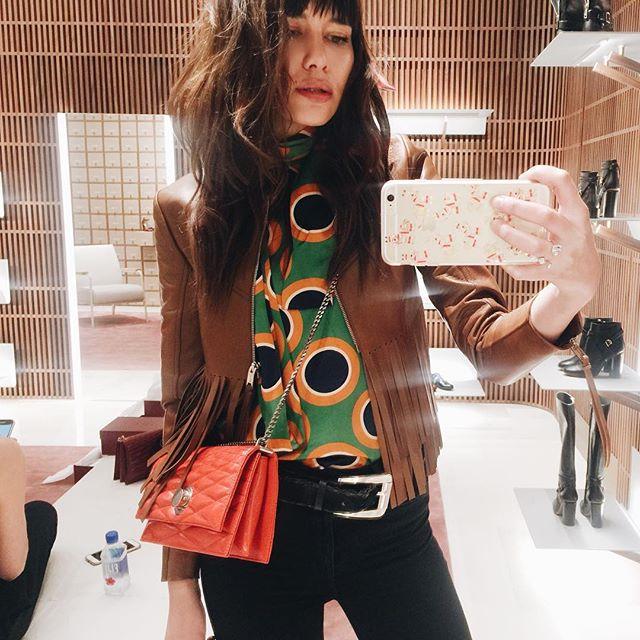 Bally is another brand that took to the idea of a treasure hunt to celebrate the opening of its new Rodeo Drive store in Los Angeles. Rather than just basing it around that particular location, as Bloomingdale’s did, however, it took to the whole of the city. Partnering with influencer Natalie Suarez, the campaign saw three key locations teased out over the channel where geofilters were on hand for people to Snap by physically visiting there in person, to be in with a chance of winning a VIP ticket to the opening party. “People [like] playing games and being entertained for a very small amount of time with content,” said Cult LDN, the agency behind the campaign.

New York designer Misha Nonoo teamed up with Refinery29 during fashion week in September 2016 to reveal her collection exclusively on Snapchat rather than via a traditional show. She used the platform to drip-feed content to the Refinery29 account throughout a single day as a live shoot of it took place. Illustrator Ana Strumpf then decorated the resulting images in real-time using the apps own drawing tools. On Nonoo’s own Snapchat account meanwhile, she also showed the behind-the-scenes action of that slick affair taking place, detailing how it was shot within the app and the delicate illustration process being achieved using an iPad. 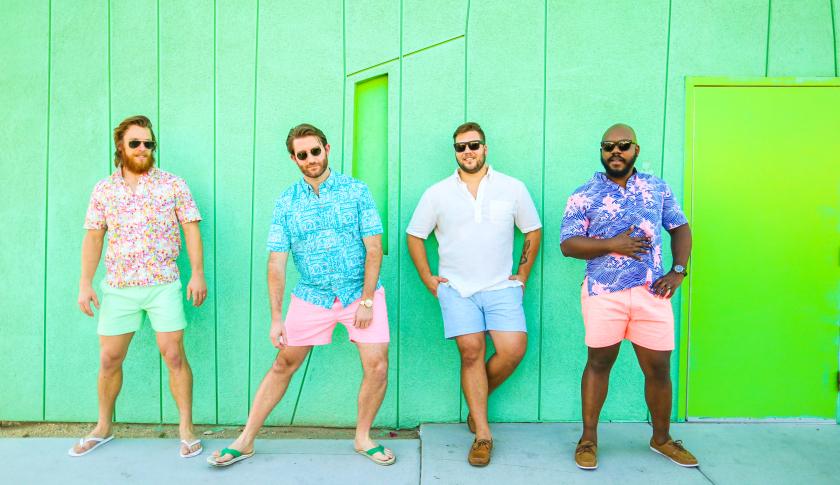 This Brooklyn-based shorts brand is another one heavily focused on storytelling on Snapchat. Having recognised the value in both humor and entertainment, it uses the platform to share a weekly video series called True Thighs. This fictionalized tale is about an evil company wanting to hypnotize people into working on the weekends (which fits with Chubbies’ wider marketing strategy geared to living for the weekends), and follows its team members going back in time to stop that plan ever happening. Fun and silly it features a cardboard time machine, various low-budget props and plenty of emojis placed on top. 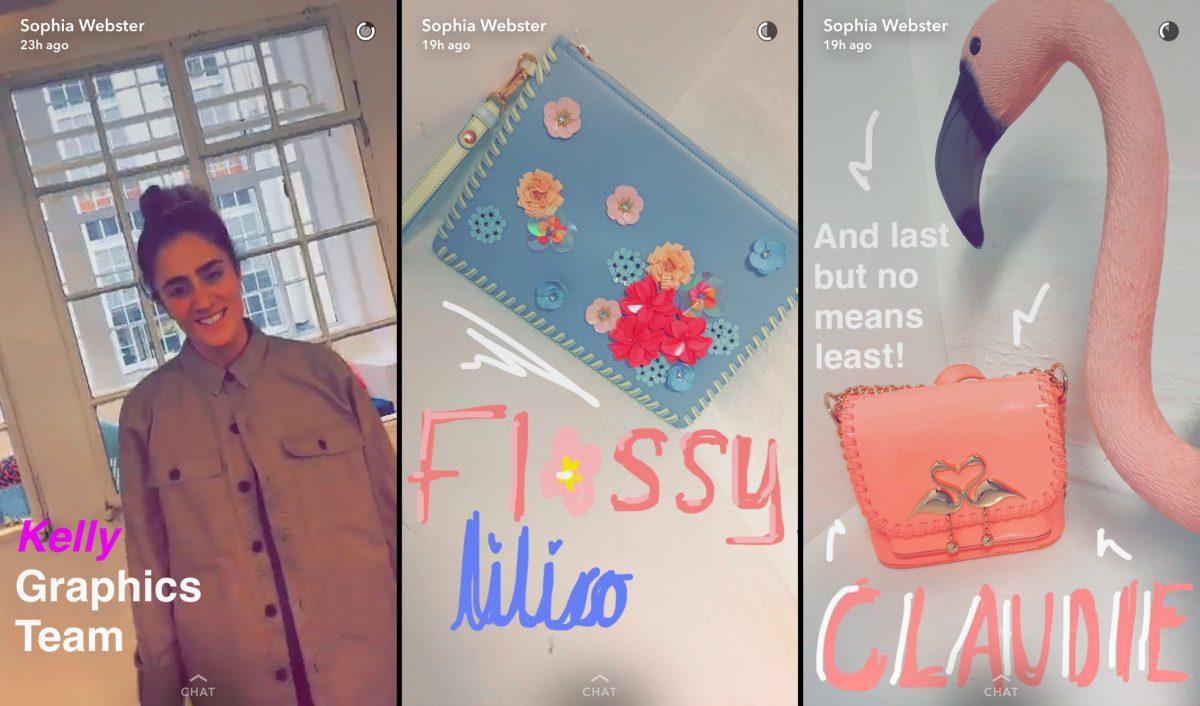 Sophia Webster is a great example of a brand that uses Snapchat to truly document life behind-the-scenes with its team. It regularly posts updates on what each of its employees is wearing, encouraging personable insights about them and who they are, as well as makes full use of the illustration and emoji tools within the app to show off new products. Adopting a classic FOMO strategy, all of its content is designed to encourage fans to come back and tune in each day.

This article was written by Rachel Arthur from Forbes and was legally licensed through the NewsCred publisher network. Please direct all licensing questions to legal@newscred.com.

Brands in Motion: How PR Can Lead the Way
by Ivan Kreimer
Chat with us
1