Your Team is the Best Content Source for Search

However you may lie to yourself, you’re doing all your content creation and content marketing for Google, aren’t you? Admit it. That’s smart. But it doesn’t need to be hard.

I recommend a strategy of begging, borrowing, and stealing from a vault full of riches that you have possessed the entire time: who your people are, what they do at their jobs, when they came on board, where they got their start, why they’re on the team, and how they got there.

But Chris, I’ve tried collaborative corporate blogging, and there was zero buy-in New York Times reporter David Gelles ask Secretary of Labor Thomas E. Perez to write Thomas Perez, a Labor Watchdog Who’s Not All Bite last Sunday? No! He interviewed him, he did some good old fashioned reporting, he wrote, rewrote, and then needed to pass it through his editor and the fact-checker.

You should do exactly the same thing with everyone in your company, too — and you don’t have to attend J-School at Berkeley to make it happen. All you need is a GoPro or a Smartphone and some time. Actually, forget the tech and the gear, what you need is curiosity, time, attention, interest, and the trust of your staff that you’ll put them in their best possible light across all channels and media.

Here are some things to consider before you get started:

The reason why collaborative corporate blogs almost never work is fourfold: 1) most people hate public writing as much as they hate public speaking 2) non-writers tend to write what they believe their employers want to read rather than what they’re thinking 3) employees who are not in communications or storytelling tend to not be able to actually see how compelling and interesting when they do on a daily basis might be, both for readers and for Google’s spiders and bots and 4) at some point the bean-counters and bosses will resent the time their staff is spending not doing core business.

As a result, you need to embrace your inner Dick Cavett (okay, okay, I’m showing my age. How about James Lipton? Jimmy Fallon?) and schedule some one-on-one video interviews with a deep cut of your staff. Stay away from the C-Suite because each of them already have their management team, board of directors, executive team, about us page content already. What we’re looking for is deep knowledge, is deep language.

Since you’re probably doing this 80/20 for search, you need to extract as much deep content as possible and allow it to be conveyed verbatim and not go through your thesaurus, your buzzbox. Why? You already can write you and your buzzwords and all the stuff you’ve learned from your expensive and extensive keyword research, so don’t. What you need to do is to extend your long tail to include the words, phrases, and context that your experts use amongst themselves. Sadly, communications and C-suite executives generally have entirely different buzzword bingo cards than their experts. No matter how populist you may well feel, officers and enlisted have almost nothing in common when it comes to language.

So, what a ghost writer is supposed to do exceptionally well is find a way to do the writer’s version of the Stanislavski Method and take what you’ve learned in the Five Ws and an H interviews and fashion them together in the voice of whomever you’ve interviewed, using your own compulsion to be writerly to bring coherence, context, and readability into the work.

And, of course, to make sure that each staffer who trusts you enough to buy into this content-creation project can be proud of the final outcome — something they would very well consider sharing to their own social channels, including a braggy email to mom (who might finally understand what her dear son or daughter does for a living).

Fight the Urge to Do Too Much at Once

You’re going to be tempted to want to really front load all of this work. You’ll want to do a ton of prospecting and scads of interviews. Soon, you’ll be under a pile of raw, unedited, content, and you’ll quickly become overwhelmed enough to rue the day you decided to do this at all. Don’t do it. It’s better to identify one or two people you’d really like to learn more about, maybe someone who’s been there forever or those impenetrable, unknowable coders who build the backbone of your company. Start with them. See what you can do. See how deep you can get.

That’s the first reason. The second reason has more to do with the evolution resulting from experience.

Listen to anyone’s early podcasts or watch anyone’s first vlog on their YouTube Channel and you’ll see how crap, raw, confused, unformed, immature, unprofessional and scattered their first attempts were. If you do all of your interviews before you even know what the heck you’re really doing (or, what has and hasn’t worked based on actual live, wild, analytics and experience) then you will want to throw a lot of your work away and start over after you realize that there were loads of things you should have asked and didn’t.

So, take it easy. Allow yourself plenty of time to learn.

Additionally, if you break it down into smaller pieces or even single perfect bites, you can make the whole endeavor seem more exclusive, much more special, and you’ll also be able to retain a lot more of the information and context of each interview you do because you’ll be doing this entire project in series instead of in parallel. It’ll allow you to authentically connect with each staff member if your head’s not swimming with the other dozen interviews you’ve done over the last couple weeks.

Produce the Recording for Future Use

Measure twice, cut once. That’s not perfect but you’ll really want to over-sample the time you put into this project as much as you can in order to create a digital master, just like they do in recording studios. However, in this case, you’re less concerned with audio density as we’re not really going for the audiophile marker.

You’re concerned with being as compatible as possible with the future. You don’t want to record all your interviews on an old Pearlcorder then slap yourself in the forehead over not getting any of it in video (according to Chad Abbott of Abbson Live, video, especially livestreaming, is defining 2016). Worse yet, you didn’t get it in 4K, 5K, or 8K video! What were you thinking? 720p? Yikes!

Interview Once for All Applications

While you make not care about it now, produce your recordings as well as you can with the best equipment you can afford (to rent) if only to have a viable sample when and if you should decide to extend your corporate storytelling to Vine, Insta, Periscope, Facebook Live, or even video uploads to YouTube, Facebook, and Google+. And spend as much time going over everything you could ever want to know:

There are a million questions you can ask. You can be as personal and prodding as you like but be mindful if you sense you’re veering outside of what they’re comfortable with. It’s common sense and really depends on how much your interviewee trusts you and the process and will surely be aided if the people you interview have the opportunity to see a final edit before anything goes live — nobody likes to look foolish.

Also, don’t forget that you need to do some transcribing and writing. Don’t get lazy and just allow this to live only in video or audio. If you don’t turn all of this work into readable, compelling, and interesting narrative, then you’ve failed. Don’t write just for spiders and bots. Google isn’t OK with that any more. Everything you write online needs to be optimized for human consumption these days.

When all is said and done, you’ll probably have between 30-90-minutes of raw footage. After you chunk it down, you really shouldn’t have much more than 10-15-minutes of produced video. Your next step is to chunk everything down into vignettes and tweets.

There are two reasons for this, one practical and one tactical.

Practical: Few humans have the attention span to watch a soup-t0-nuts interview with anyone short of Donald Trump or Taylor Swift; so chop the interview into personal, professional, industry, and corporate.

Tactical: While the new Google loves long-form, they also prefer content that is single-topic and vertical in focus.

If you chop up the longer corpus into verticals, you’ll do much better in search. And, since metrics like length of engagement, bounce-rates, and social sharing are important signals for Google these days, it’s better to make sure that each bit of content is inexorably linked to a clear relevant title and description as well, both on your corporate blog and on YouTube.

Empower Your Staff to Veto

At the end of the day, you need to empower your staff to be able to say no. You also need to be willing to negotiate your side of matter as well. No, not my threatening but by making the people you interview feel empowered, proud, safe, and ultimately trust you. Once you get them to sign off, don’t turn around and change it all around again — that’s dirty pool. Remember, even though you once dreamt of becoming a gotcha journalist, this is corporate communications so it’s all puff pieces here, buster.

And it’s sort of like shooting crows on a power line: you may get the first one but you’ll scare away the rest. And there are deeper ramifications of betraying staff trust not including lawsuits or anything else. If you’re too bombastic and break their trust, you’ll become toxic in your company and will probably cease being able to perform your job. Oh well. Hey, don’t worry! But be sure to respect second thoughts, too, even after they okayed everything before. This is about consent. Consent isn’t a blanket statement.

Now it’s your turn! I really think you should give this a go. Feel free to play favorites at first. Start with someone you already trust, know, and like. Maybe a colleague. Even so, you still might both feel a little stressed. While I won’t recommend a stiff drink before you start, be sure to keep them off camera.

Even if your in-house experts aren’t writers, using the tips suggested above, as well as diving in deeper for content strategy to create engaging materials will add to the robustness of a content marketing program. 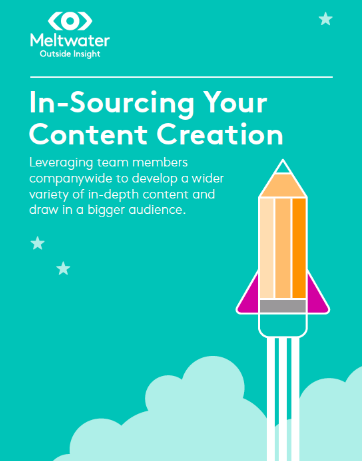 This article was written by Chris Abraham from Business2Community and was legally licensed through the NewsCred publisher network.

Your Team is the Best Content Source for Search was last modified: December 19th, 2019 by darwinapps

5 Mistakes to Avoid in B2B Social Media Marketing
by darwinapps

How Key Influencers Can Help You During Crisis Communications
by darwinapps

What You Need to Know About Fake Followers
by Ambera Cruz