Successful Pitches to Journalists–Stories from the Trenches

Feel like you're pitching stories into the void? Successful PR pros weigh-in with strategies that work for them. Incorporating these pointers and approaching journalists with a content marketing mindset can help you meet media coverage goals.

Public relations campaigns often include media outreach. But, as any PR pro who works in media relations can tell you, pitching influencers is a challenge, but successful pitches can make all the difference.

These days, as journalists change jobs and staff shrinks at many media outlets, the reporters who remain are overwhelmed with pitches. The U.S. Bureau of Labor Statistics says there are now nearly five PR people for every staff writer.

So, How Can PR Pros Win

“It takes more to build a pitch of interest than it did say five years ago,” says Susan Thomas, founder, and CEO of Bay Area agency 10Fold. “Gone are the days when writing a clever pitch and working with the right reporter were enough. Now, you have to have a ‘why’—and it has to be impressive. It takes more forethought, more planning, more research. It’s no longer about product coverage, especially for unproven companies.” 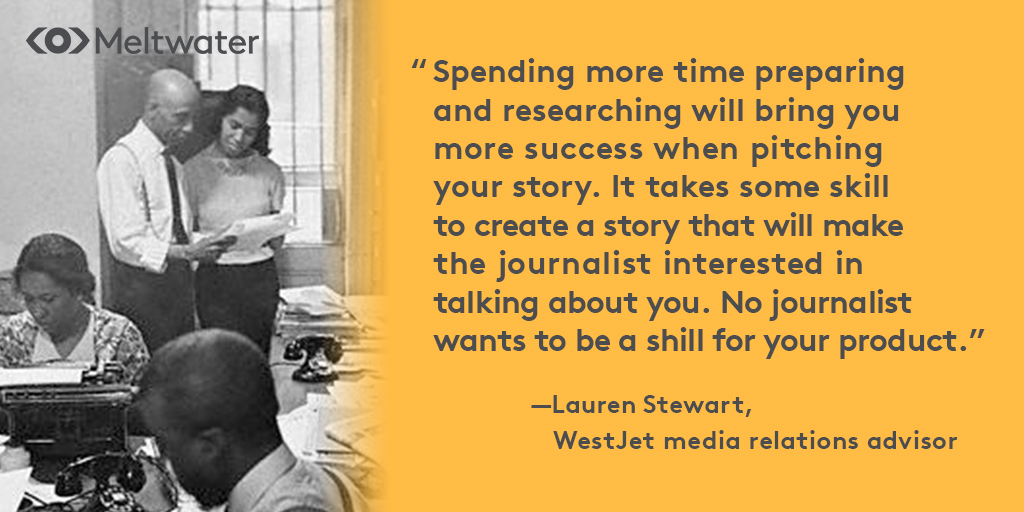 Lauren Stewart, media relations advisor for Canadian airline WestJet, agrees. “Spending more time preparing and researching will bring you more success when pitching your story. And when I say pitching your story, I mean it. Not a product. It takes some skill to create a story that will make the journalist interested in talking about you. No reporter wants to be a shill for your product.”

So what should you pitch? “Often, it’s the people side of things that get coverage,” says Stewart. An example involved her company WestJet giving away what they dubbed “Christmas miracles,” and allowing the media behind-the-scenes access to those who received the “miracles,” which included vouchers for air travel. “We got fantastic in-depth coverage with a third-party telling our story for us.”

What else works when you want to make a pitch about more than the product? Thomas, who works primarily with technology clients, says that even for funding announcements, the standards have changed. 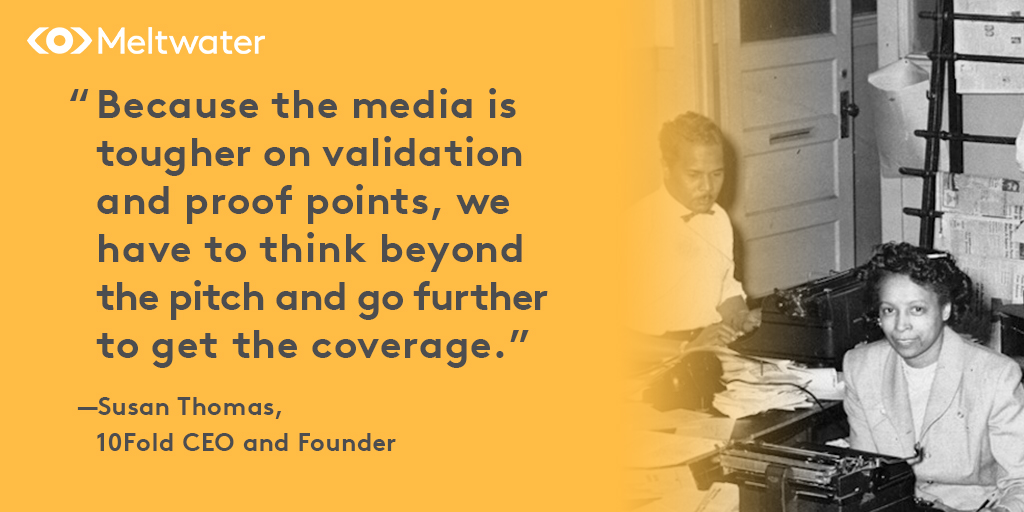 “Because the media is tougher on validation and proof points, we have to think beyond the pitch and go further to get the coverage.” For example, conduct a survey, Thomas suggests, so that you can include the results in your pitch to help validate the need for the product.
However, Thomas cautions that for this strategy to be effective, you have to start long before the announcement date. “Much more goes into this type of effort, but it’s what we had to do to achieve the results the client was looking for.”

Taking advantage of a trend can also lead to success. Meagan Ewton, a public relations coordinator for Rogers State University, explains how her team was able to ride the wave of Pokemon Go’s popularity to promote a community event by pitching a story instead of issuing a press release.

“Our most successful pitch this year was for a Pokémon Go event held three weeks after the app’s launch. There was synergy there for reporters already covering the story, so we took advantage of that. We were able to share about our game development, software development, and graphic design programs, and this made it into the story, which drove up attendance at our event.”

Another piece of advice to create a winning media pitch comes from Karen Swim, PR consultant and founder of Words for Hire. “The most successful campaigns begin with a clear-eyed focus on the result,” says Swim. “The objectives aren’t merely to ‘get press’ or ‘increase visibility’ but have specific end-goals that are measurable. It’s critical to have tools that allow you to analyze and measure your efforts and then use that feedback to inform your next steps.”

“Data-based decision making has become part of our everyday lives,” adds Thomas. “You need to have data that backs your performance.”

The takeaway from pros is that as our industry continues to evolve, it’s clear that focusing on the relations part of PR is essential in pitching reporters. Take a measured approach while crafting successful pitches to outlets and reporters as appropriate. Fortunately, with the help of a media intelligence platform and access to an influencer database, brands can get results. And that’s the kind of success that keeps PR budgets growing. 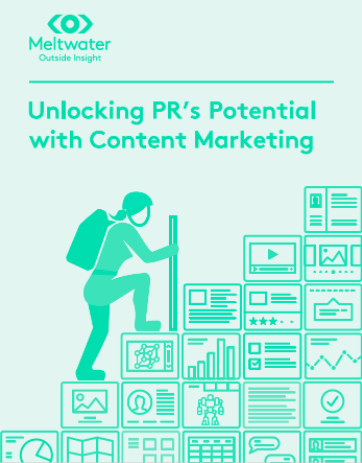 This post was originally published on this site on January 17, 2017. We republish posts on Saturdays for readers who may have missed the original publication.

Successful Pitches to Journalists–Stories from the Trenches was last modified: October 11th, 2019 by darwinapps