Reputation management was once only the concern of big corporations and household names who had a need to protect their public image. Fast forward to today’s world, where businesses are considered behind the times if they are not on social media, and reputation management is an industry in itself.

Some people think it’s just social media monitoring, while others believe it has something to do with public relations, but in reality, reputation management spans across your whole online strategy. Here’s a brief definition that attempts to sum up the practice:

“Online reputation management (or monitoring) is the practice of monitoring the Internet reputation of a person, brand or business, with the goal of suppressing negative mentions entirely, or pushing them lower on search engine results pages to decrease their visibility.”

Wikipedia’s definition does cover the primary goal of reputation management—which is to suppress any negativity directed towards your company—however, with corporate transparency and user-generated content becoming an integral part of any business’ marketing efforts, it is no longer sufficient to just block spammy and hateful comments.

Long gone is the age of direct advertising where companies sell their products or services to a passive audience—now it is all about engaging with your customers, listening to what they have to say, and learning/growing as a result. Therefore, it’s important to manage what is being said about your business online.

So what does reputation management actually involve?

Opening up your business to be transparent may seem risky, but realistically, in the long run, not being transparent is riskier. That being said, an important part of reputation management is contingency planning. As a business, you must be ready to face criticism and be prepared for the worst case scenarios.

Here are just a few questions you will want to consider:

Thanks to companies who were unprepared, we have some prime examples of how not to deal with such instances.

A few years ago, Nestlé began to receive negative comments about their environmental practices. Unfortunately, they decided to ignore the comments and the public became aggressive—even posting altered versions of the Nestlé logo online. As a result, Nestlé were forced to take down their public page.

Main takeaway: Address public criticism as soon as possible in order to neutralise the situation and prevent it from growing into a major problem.

In an alternative approach, Amy’s Baking Company decided to respond to a one-star review of their company in what can only be described as a ferocious meltdown. Their insults were eventually picked up by the local media, and consequently their public image suffered a blow.

Main takeaway: Always look at problems as opportunities. One negative review is a chance to show how eager you are to please your customers and resolve any issues they may have experienced.

Online reputation management is not just about reacting well to what people say about your company, but knowing whether to react at all, and if so, when.

Learn how media intelligence tools can help you see a problem coming and take steps to get in front of it by reading our e-book Media Intelligence for Crisis Communications. 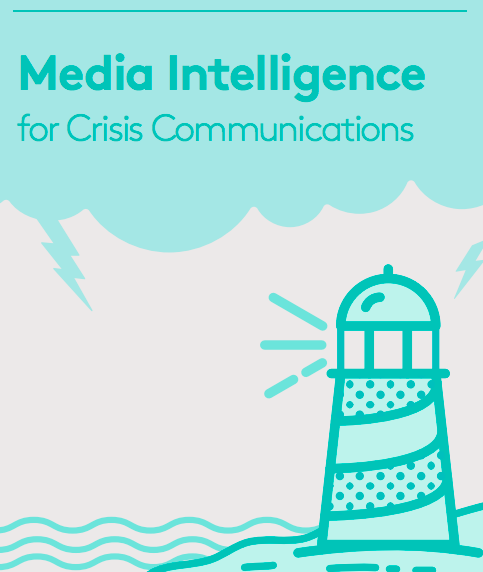 This article was written by Gyles Seward from Business2Community and was legally licensed through the NewsCred publisher network.

Make Your Presence Felt: The PR and Content Marketing Guide to Productive Events
by darwinapps

Raise your hand if you love what you do! 💻😍 #NationalHaveFunAtWorkDay https://t.co/WKN8lpYTfQ
Choose the right #agency for your organization 🌎📍 Weigh the pros and cons of coordinating your efforts with a globa… https://t.co/HvNrSKLUTc
Chat with us
1