How Brands Should Apologize

2017 has brought us more than its share of communications disasters. Pepsi’s tone-deaf Black Lives Matter ad featuring Kendall Jenner. Adidas’s Boston Marathon email campaign (“Congrats, you survived the Boston Marathon”). And of course, the granddaddy of them all, United Airlines, who made a series of missteps and then failed at multiple attempts to appropriately apologize. That’s just to mention a few.

When these misfires occur—and of course, they DO happen—it’s vital that brands are prepared to make amends. The first step in this process is the apology. And, it had better be a thoughtful apology. It’s not enough to simply apologize—it’s HOW you apologize that matters.

“Companies need to think carefully about their policies and their crisis communications, so they can quickly move from a defensive crouch to honest, heartfelt apologies,” says Andrew Winston, author of The Big Pivot.

“The biggest mistake is for brands to hedge their apology with phrases such as, ‘We’re sorry to those who were offended,’” says Brad Phillips, president of Phillips Media Relations and author of the Mr. Media Training Blog and the Amazon PR best seller The Media Training Bible. “Such language places the burden on the offended person and stops short of accepting full responsibility.”

Brands should also avoid denying any wrongdoing when they apologize.

“Denial is the simple thing to do, and people grasp wildly at the first straw to occur to them,” said William Benoit, Ohio University Communications professor, and author of Accounts, Excuses, Apologies: Image Repair Theory and Research.

Denial can hurt subsequent apologies. Sincerely owning the mistake is at the heart of an effective apology. There’s an appreciation for laying it all out there by simply saying, “We messed up—and we’re sorry.”

In the case of United, CEO Oscar Munoz did eventually offer a heartfelt apology. After his first two apologies created a backlash, he finally took full responsibility, promising to make it right with the passenger and pledging to put new procedures in place.

“The problem for Munoz is that he bungled the first two apologies, undermining the impact of his third one,” says Phillips. “Had he started with that apology, the incident would have played out far differently.”

The Situation Helps Determine the Tone of an Apology

Another factor to consider is the nature of the incident. “For example, it’s much easier to apologize in cases in which you, too, can be perceived as a victim,” Phillips said. “A medical supply company that couldn’t get vital medications to customers due to an unexpected snowstorm is unlikely to face long-term reputational damage, whereas that same company failing to make deliveries due to incompetence would.”

In some cases, explaining what exactly took place can help clear the air and help folks be more forgiving. For example, at this year’s Academy Awards ceremony, PricewaterhouseCoopers made a mistake with the Best Picture envelope, causing the presenter to announce the wrong film. Because the company offered an immediate apology with an explanation of how the mix-up occurred, they were able to keep the client.

What Belongs in a Good Apology?

So, what exactly should be in an effective apology? According to Dr. Beth Polin, an assistant professor of management at Eastern Kentucky University and co-author of The Art of the Apology, an apology should include one or more of six components:

And what words should you choose when you apologize? Simple language is best. No need for flowery prose. An example of this is Adidas, who immediately took responsibility for its insensitivity with this apology from spokeswoman Maria Culp: “We are incredibly sorry. There was no thought given to the insensitive email subject line we sent Tuesday. We deeply apologize for our mistake.”

Need more examples? On a site called SorryWatch, you can find examples of apologies that worked—and those that didn’t. The founders, Susan McCarthy and Marjorie Ingall, write a weekly post that reviews poorly handled public apologies, giving tips on structure and language.

Their best advice? In the end, don’t make excuses. “Apologizing well means acknowledging that, at that moment at least, you were not good,” says Ingall.

After all, even good people (and brands) can make mistakes. 2017 Has had more than its share of communications disasters and as big brands like Pepsi, United, and Uber make big missteps, a simple statement that brands should apologize becomes a loaded PR strategy. If you’d like to be prepared for the next time you need to apologize, download our crisis ebook. 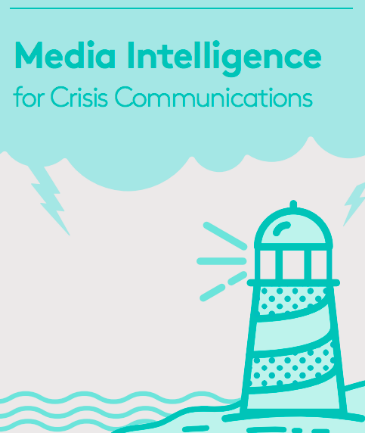 How Brands Should Apologize was last modified: September 18th, 2017 by Meg Hari Prasad

Modern Marketing in the Boardroom