Could Twitter Have Predicted Brexit (Better Than the Polls)?

The Brexit asteroid hit us on Thursday, June 23, and there’s still plenty of dust settling in social media and global news. Did the referendum confirm our assumptions of how we consume media? Leading up to the vote, was Twitter aflame with UK youth, while the grownups gossiped over the daily paper?

That’s probably what my mother would assume if she ever logged into Twitter and saw the abyss of tweeny chatter, spoken in memes and animated GIFs (and poor spelling). But just as Twitter has shown to be a switchboard for dialing into the latest pop culture zeitgeist, it’s also a solid barometer of public opinion on divisive issues.

Polling data from UK think tank YouGov showed that 60% of voters aged 50 and up were pro-Brexit and 71% of UK millennials (aged 18-24) voted to remain in the EU: 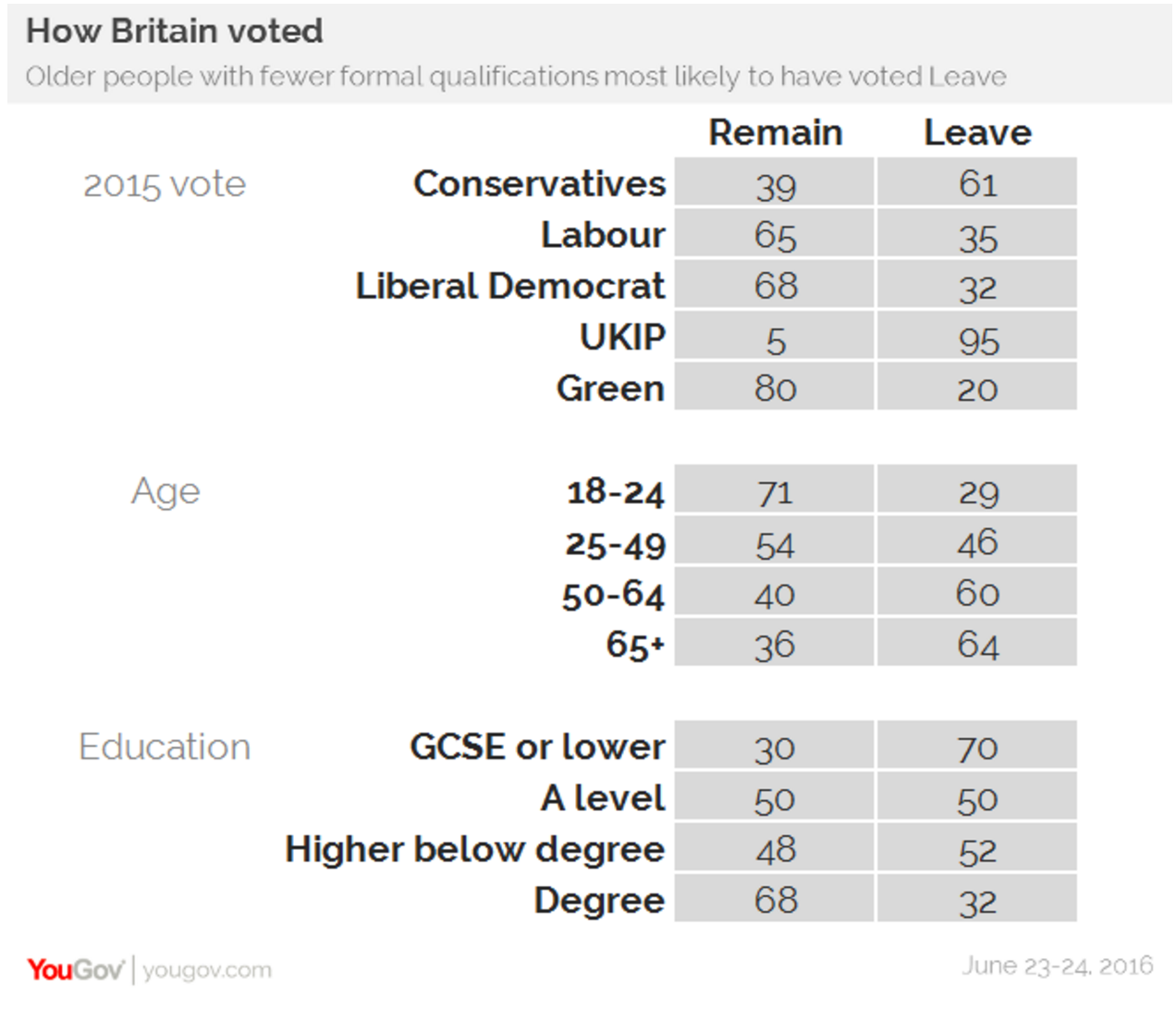 Given the above numbers and the common assumption that:
A) Twitter is for Beliebers and Kanye’s latest monologue
B) The #VoteRemain millennial voice would dominate social media 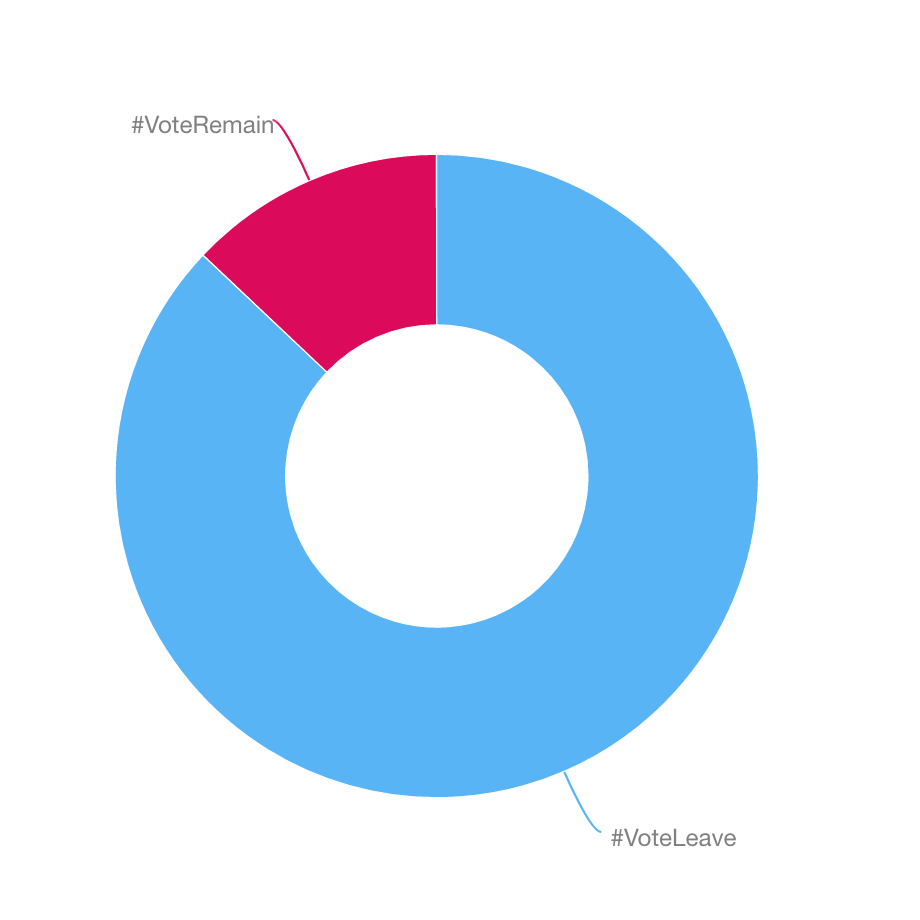 We searched Twitter for mentions of Brexit and each hashtag, taken from January 1, 2016 through June 27, 2016. The Twitter vote was 87% in favor of #VoteLeave.

The tweet we posted the day after the referendum results—capturing Twitter activity only for the day of the vote—showed a majority Leave vote. But when we expanded this search to January 2016, we found the #VoteLeave crowd to have been chanting loud and clear all year long.

Next we benchmarked Boris Johnson, the former London mayor and Brexit proponent against the Labour Party’s rising star, Angela Eagle, using them as stand-ins of the positions they and their parties represent, #Leave and #Remain, respectively. Again, Johnson was a clear winner on Twitter. 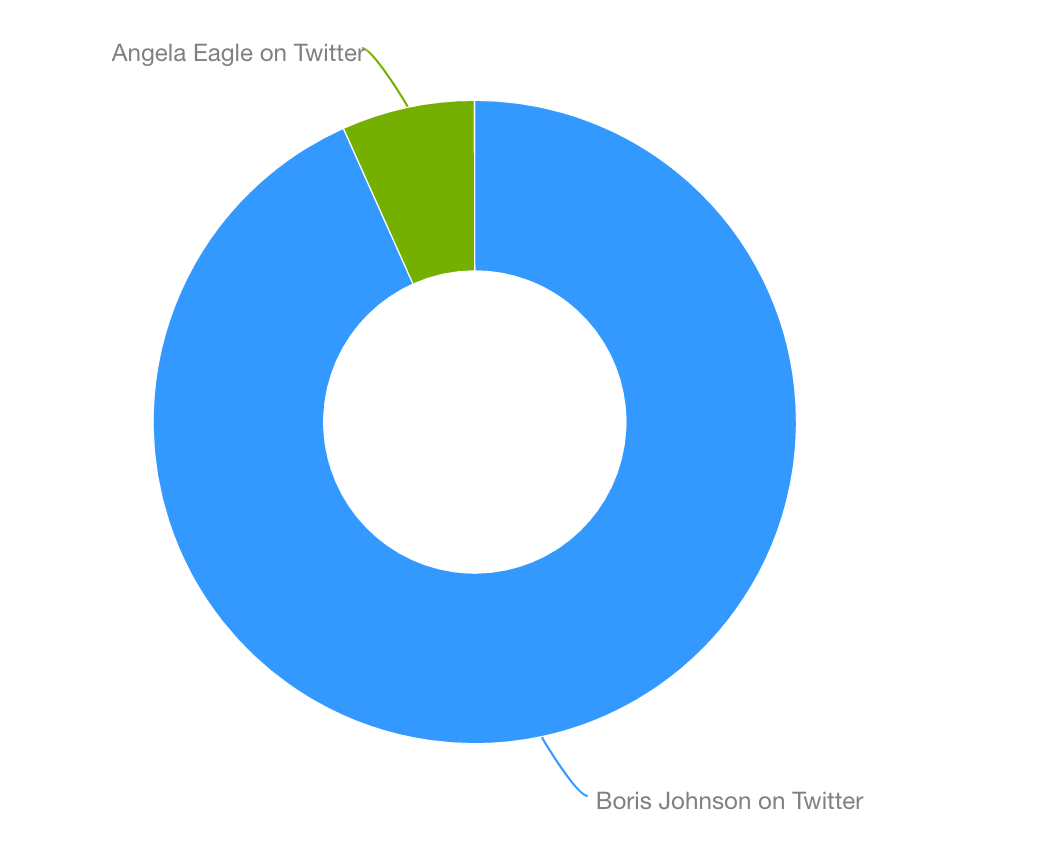 We searched Twitter posts mentioning each politician and “Brexit” since January 1, 2016

With far-reaching implications of a true Brexit, the financial speculation alone has kept news outlets buzzing the world over since the beginning of the year. On what side were readers of traditional news? To find out, we looked at the heated debates playing out in the comments sections of articles on the referendum. 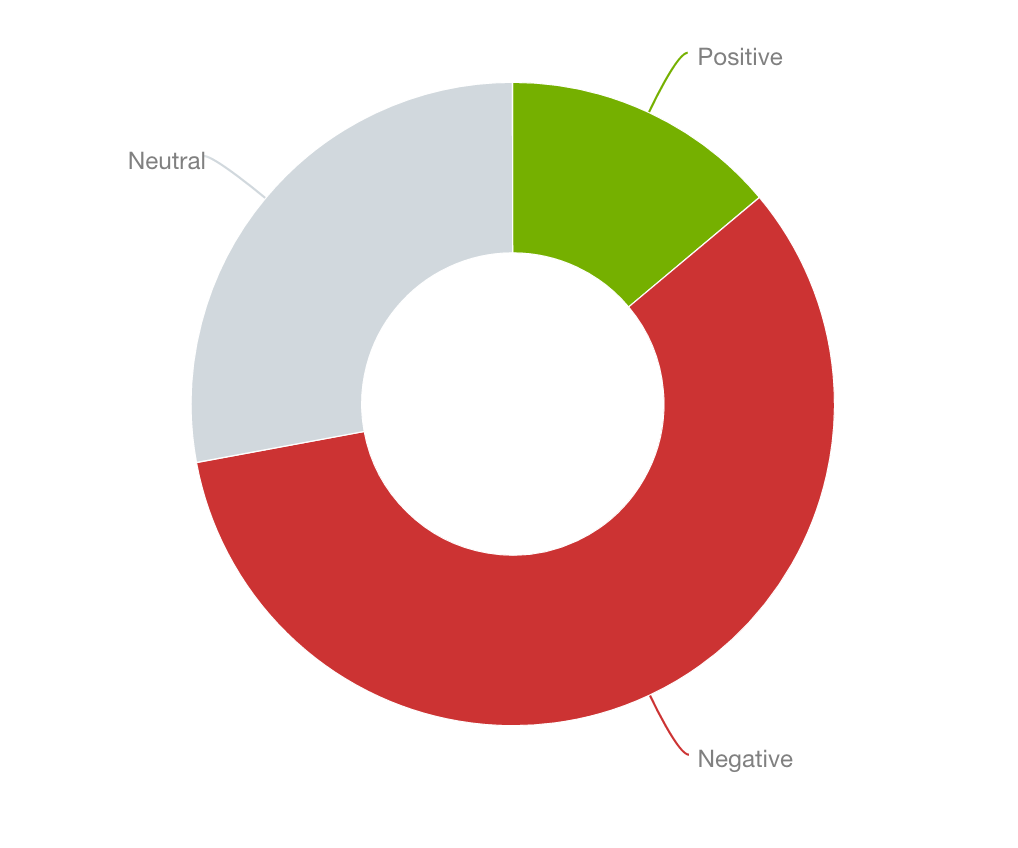 In this metric, “negative” translates to siding with the Remain crowd, or in other words, having a negative opinion of Brexit.

Online readers of traditional news sided with the more liberal stance of staying within the EU, again challenging typical demographic associations. For PR and marketing pros, Brexit can be seen as a reminder to stay on your toes and check assumption about your target audience, where they spend their time, and the messages they are amplifying. In the face of historic moments like Brexit, we have to use as many tools at our disposal to ensure our visibility is more than just a few feet ahead of us.

On a final note, Brexit is far from over. Just in the last three weeks, before and after the vote, we’ve recorded over a million mentions, comprised of worldwide news, from small-town papers to national outlets, from Greenland (3 mentions) to Mongolia (26 mentions) and the UK (155,018 mentions) to the U.S. (245,692 mentions).

World-wide media monitoring results for Brexit coverage in the news since January 2016.

Could Twitter Have Predicted Brexit (Better Than the Polls)? was last modified: February 23rd, 2017 by darwinapps

FLOTUS as the Original Influencer
by Meg Hari Prasad