Skip to content
Home / Calculating Your KPI Correctly: Which Measurement Is Best for Your Campaign?

Calculating Your KPI Correctly: Which Measurement Is Best for Your Campaign?

Facebook’s advertising strategy basically boils down to: Show people ads they want to see and don’t show them ads they don’t want to see.

Ideally, Facebook wants ads in people’s feeds to be as enjoyable as everything else they see. (I mean, as enjoyable as your cousin’s endless #humblebrags or your uncle’s political rants can be.)

While Facebook’s ad delivery system isn’t perfect, it is in a constant state of improvement every single day. Their goal is to have advertisers earn the best return by having the right people see the most relevant ads.

If that happens, Facebook believes advertisers will turn around and spend even more on Facebook advertising, which is what keeps the entire platform running.

But how can you know whether your ad targeting is earning you your best return on your investment or not?

There are multiple KPIs (key performance indicators) that can be used when determining the success of your Facebook campaign.

Which one you should choose to use when gauging your campaign’s performance though can be a tough choice.

In an earlier, simpler social advertising world when tracking was rudimentary and metrics weren’t tied to campaign objectives through the platforms themselves, CPCs were a useful metric for determining your campaign success.

But as social advertising has taken off, CPC’s usefulness has veered in the opposite direction. Once more advertisers began promoting on Facebook, prices increased.

With increased costs, some advertisers have been insistent upon searching for cheaper inventory by continuing to optimize against their CPCs.

CPCs can be an excellent way to understand campaign-level performance metrics (i.e. which creative or message is driving customers to click), but optimizing for CPCs along won’t give you the data you need to determine if your acquisition efforts are successful and driving a positive ROI.

The main problem with CPCs is that it doesn’t tell you what happens after someone clicks your link.

Did that person click it by mistake and just go right back to the page they were on? Did they convert? Did they buy something . . . And will they buy again?

What happens after the click is critical to understanding your true success and ROAS, so focusing exclusively on CPCs keeps you from examining metrics that give you more useful information.

Low CPCs Can Indicate Quantity over Quality of Traffic

Optimizing for CPC will emphasize quantity of traffic rather than quality.

The more clicks you get, the lower your CPCs will be. And while, when viewed in isolation, lower CPCs appear to be good, they fail to provide you the true story of your ad’s success.

You don’t just want clicks, you want the person clicking to take an action. When you analyze down-funnel performance, you may find that higher CPCs are more meaningful in that you paid more to acquire customers who are more valuable to your business.

Cost-per-acquisition (CPA) lets you determine the cost of the action a user takes to convert, which may be signing up for a subscription, filling out a form or making a purchase.

Using CPAs to determine the success of your Facebook acquisition efforts gives a more comprehensive view of whether or not your ads are delivering a return.

If you’re in e-commerce, your ultimate goal is to drive sales. Knowing exactly how much you have to spend to turn a visitor into a paying customer helps you set up a solid foundation for your acquisition strategy. Not knowing this number gives you a lot of vague and variable outcomes and makes calculating ROAS more difficult.

CPCs and CTRs only report on the actions that someone is taking. In combination, they can be useful metrics, but they mostly show whether your ad is engaging and drawing people in.

But just because you have a high CTR and a low CPC, that might not mean much for your sales if those people aren’t buying what you’re selling.

For example, say you’re spending $10,000 on an ad campaign for your company’s sneakers, which retail for $99.

Your CPC is down 50% from your last campaign, and your click-thru-rate is up 80%. If you’re judging based on those metrics, then your campaign looks like it’s doing a fantastic job.

Dig a bit deeper, though, and you might see that actual conversion rates are way down and your CPA is $500. That means you’re spending $500 to convert each customer for a $99 pair of sneakers. Not good.

When viewed from that angle, CPCs and CTRs mean little. That’s why CPA is the KPI that most companies use when trying to understand the overall picture of their acquisition costs.

Measuring campaign success via the CPA will help keep the company’s bottom line the main focus.

So Are CPAs the Best Measurement?

CPAs can be an effective campaign measurement KPI for most advertisers, but the cost of acquiring any single user is affected by numerous factors.

For one thing, customers who are less likely to convert will end up costing you more, and some audiences who are in higher demand to advertisers will drive costs upward.

The platform’s algorithm is designed to get you the least expensive conversions first; the idea is that you’ll get the most conversions for your budget.

As you pump more spend into that channel, however, the next least-expensive conversions will cost more than the ones you obtained before.

In other words, your average CPA will go up.

It’s partly a function of their bidding algorithm, and partly because there are so many companies advertising on Facebook now that demand can cause an increase in CPA.

Luckily, CPA Isn’t the Only Way

While a majority of companies still use CPA as the way of tracking their campaign success, some higher-end or “luxury” companies may want to find another KPI instead.

For example, if you’re a luxury flash sale site selling high-end fashion brands such as Prada, Gucci, and Givenchy, your customers’ purchases may be at a lower frequency than goods sold at Sephora or Zappos. Yet when they do convert, products purchased are at a much higher dollar amount than your average e-commerce transaction.

That means your CPA may fluctuate strongly in both directions. Optimizing off of CPAs in this instance can make your campaign look unsuccessful if your CPA stays the same or increases.

Yet, your overall campaign ROI can still be positive because even though it might cost more to acquire those kinds of customers when you do convert them, their cart value is higher.

In this type of situation, you’d want to focus on your Return on Ad Spend (ROAS) instead.

ROAS measures whether the costs of your acquisition efforts are worth their expenditure by dividing the revenue generated by these costs. To find that percentage, multiply that figure by 100.

As numbers tend to be better expressed visually, here’s an example of calculating ROAS on the right.

If you’re looking at your campaign with your eyes focused on your ROAS over your CPA, it can be much easier to disregard an expensive CPA if your overall return on ad spend is 3x greater than what you’ve spent.

If you’re focusing on optimizing only off of your CPA, you’d potentially pull back on a high-value ad set because you’d be looking at smaller pools of audiences vs. the big picture.

Though a cheaper CPA will equal a greater ROAS, you have to look at the overall campaign’s ROAS to truly determine success. A consistently strong ROAS that increases gradually over time means you’re doing something right on Facebook (also – it means it’s time to scale).

The best measurement of success for your brand depends on what you’re looking to base your success on. You want to make sure you are optimizing your campaigns to create the strongest ROI for your ads.

Using only CPCs neglects to tell the whole story of how well your ads are doing. Determining success off of CPAs or ROAS is a much better gauge to ensure continued campaign success.

Laserlike targeting and an ability to calculate the metrics of success are two of the greatest features of social advertising. But those calculations will only benefit you if you pick the right KPI and make sure it accurately reflects your campaign’s results. Only then can you maximize your ROI.

Once you decide to narrow down your KPIs and are ready to optimize your marketing team to more effectively report on campaigns, download our ebook to keep on the right track. 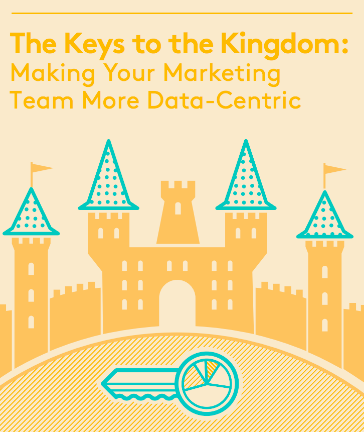 This article was written by Amanda Oliver from Business2Community, originally appeared in OrionCKB, and was legally licensed through the NewsCred publisher network.

Calculating Your KPI Correctly: Which Measurement Is Best for Your Campaign? was last modified: December 19th, 2019 by darwinapps

How Gen Z is Changing Companies’ Marketing Plans
by darwinapps