In an age where anyone or anything can go viral on social media, many influencers (and the brands they are equated with) are becoming an increasingly popular target for conversation and even criticism.

For influencers like Elon Musk and Mark Zuckerberg, utopian visionaries and arguably the two most talked-about entrepreneurs of our generation, being a target for parody and critique seems par for the course.

Posts surrounding Musk and Zuckerberg are usually fun and light-hearted in nature, sometimes successfully poking holes in what seems like an impenetrable PR force field. Examining the good, the bad, and the ugly serves as the perfect learning lesson on what public personas face on a daily basis and how to cope.

Believe it or not, being the center of a social media joke can actually be a good thing, generating lots of great attention and press for all parties involved.

Take @BoredElonMusk for example. This Elon Musk impersonation Twitter account now has more than 1.6 million followers and has been covered by major news publications such as Huffington Post, Forbes, Product Hunt, and more.

The best part? @BoredElonMusk tweets about hilarious inventions that they think the world is missing. For example:

News app that connects to a blood pressure monitor and adjusts your feed accordingly.

Or one of their most popular:

Sorry about the outage. I needed to temporarily borrow everyone’s computing power to run some complex equations related to space stuff.

All tweets are written in a style the public would ascribe to Elon Musk, thus helping to strengthen his brand along the way.

Sometimes when stars collide, influencers go viral on social media and on a big publisher’s website. Mashable, quite tastefully, covered a video that Mark Zuckerberg created about the future of AI. The article was shared several thousand times across social as well as 2,700 times on Mashable.

Being a utopian visionary doesn’t come without its downsides. Influencers sometimes end up on the wrong side of publicity on social media, presenting a challenge in brand management.

Even a simple meme can spread like wildfire online.

A Zuckerberg meme shared on Reddit this year has been up-voted more than 24,000 times and has more than 850 comments: 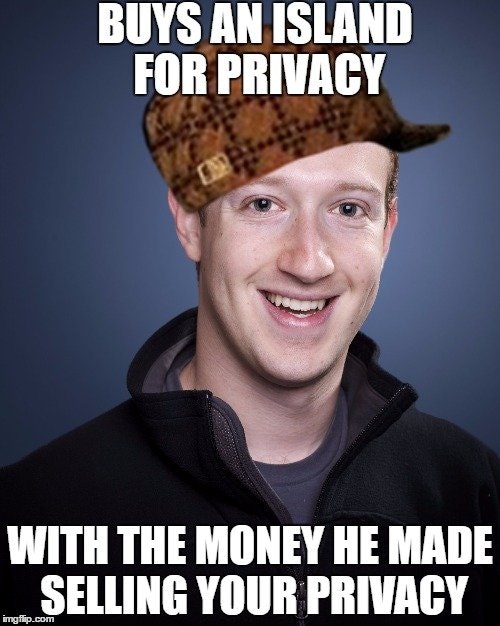 As for Elon Musk, he’s earned a “can do no wrong” reputation over the years making memes like this one even more relevant: 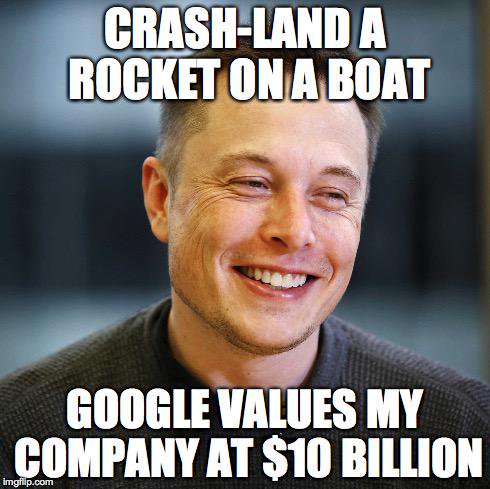 Still, the bad isn’t all that bad. The ugly is where things become a bit tricky.

Hashtags offer a huge opportunity for large groups of people to leave their often-harmful mark on influencers and their businesses.

On October 11, 2017, Facebook experienced a worldwide outage. The inconvenienced public was ready with the hashtag #facebookdown taking to other social channels to log their displeasure. Many posts were funny in nature, but others poked at sensitive issues Facebook has been experiencing over the last several months:

#facebookdown?
Where am I supposed to get my Russian propaganda now?
::Heads to Jill Stein’s Twitter Feed::

And pointed out stigmas that are a reality for many Facebook users:

They say that any publicity is good publicity, but in the case of #facebookdown, that’s not always true.

Whether you’re the CEO, an executive, or an employee at your company, the key is to keep your ear to the ground. Look for opportunities to shed a positive light on what can be a tough situation. If you find yourself as the focus of social critique, don’t be too quick to fire off threats. Sometimes what looks like criticism or brand hijacking is simple fun that will bring PR to your brand in a good way. At other times it provides a valuable opportunity to gauge how your audience feels about you when you’re not in the room.

You can keep your ear to the ground with a media intelligence platform that is always listening for industry keywords. That way you’ll be in the know long before something starts to go viral, allowing you to work on the perfect way to respond.

21 Social Media Facts You Should Know Right Now
by darwinapps

Why Explaining Complex Concepts with Animation Works
by newscred

Before You Hire a Video Production Team, Answer These Important Questions
by Meg Hari Prasad

Raise your hand if you love what you do! 💻😍 #NationalHaveFunAtWorkDay https://t.co/WKN8lpYTfQ
Choose the right #agency for your organization 🌎📍 Weigh the pros and cons of coordinating your efforts with a globa… https://t.co/HvNrSKLUTc
Chat with us
1