5 Tips (+1 Bonus) for Addressing a Crisis

In today's always-on social media world, a PR crisis can hit at any time. When (and if) a crisis hits and whether or not it affects your brand depends on how well-prepared you are. That's why these five tips for addressing a crisis comes in handy. When you're ready to wade in deeper, download our ebook, Media Intelligence for Crisis Communications and know you're ready for any contingency.

Getting ahead of a crisis might mean that you’re the first to publicize it. When a Southwest Airlines flight to LaGuardia Airport in New York skidded on the runway and landed nose first, the airline posted news of the accident on Twitter and Facebook within minutes, promising updates.

Standby for more information regarding #Flight345 BNA-LGA. We are gathering details and will post a statement soon.

Within minutes, they received thank yous for their openness. If a crisis is going to come out either way, and you already know about it, why not get credit for having the integrity to bring it to the public’s attention? Southwest Airlines was first to report the story and was commended for getting ahead of the crisis.

Which leads us to the first tip:

1. Use Your Communication Channels. During a crisis, communicate with your audience using the same channels you always do. Centralizing all relevant information on your website even though your audience is used to hearing from you on Twitter or YouTube will inevitably leave them hanging and dissatisfied with how you handled things.

2. Never Lose Sight of Your Goals. As things escalate, get yourself prepared to move fast. One of the first steps is to know who you’re talking to and how to best reach them.

Keep in mind that you’ll be measured on:

3. Know Your Audience. That said, different people care about different things. Customize the message and channels you use to reach each stakeholder group.

4. Get Your Message Heard. Media intelligence also allows you to find the best ways to amplify your message. Earned, owned, and paid media all play a unique role in making yourself heard:

What to Look For

Media intelligence lets you know who is likely to be on your side.

5. Measure Your Impact as You Go. When addressing a crisis, don’t forget to gauge how your updates are being received. A media intelligence platform enables you to track how people are responding and how sentiment is shifting. When used well, media intelligence provides even more granular views. As your crisis  takes hold both in social media and in the press,  you can use your media intelligence platform to  compare by keyword and sentiment what’s being  said on social vs. the press vs. other key players who are trying to shape the message (for instance, your competitors or government officials). Doing so can help you target your communications and customize them further by channel and audience.

Bonus: Know When to Walk Away. There is no such thing as shutting down a crisis that’s being played out on Twitter or Facebook. As we’ve seen, your audience will demand that you engage in dialogue. Blocking them from the outset from posting to your feeds will only drive them to others, where they’ll be sure to comment on your strong-arming tactics. But it’s also important to know when to leave the conversation. If you’ve made all the points you can make, but there is still a vocal minority of detractors who are saying the same thing over and over again, any response you give them will just add fuel to the fire. Stepping away removes the target and gives them less to react to. Earned, owned, and paid media each play a unique role in making yourself heard during a crisis.

The best way to deal with a crisis is to prepare well before one hits. These five tips from our free downloadable ebook, Media Intelligence for Crisis Communications, will start you down the path. Get the full ebook and make sure you have the resources you need, in anticipation of not needing them. (But being ready, in case you do.) 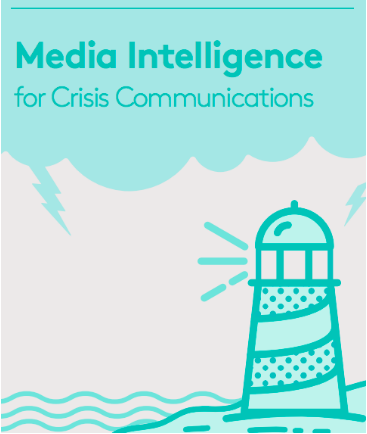 5 Tips (+1 Bonus) for Addressing a Crisis was last modified: February 19th, 2020 by darwinapps

Transparency vs. TMI
by darwinapps

Editorial or Advertising?: Native Ads and Disclosure
by darwinapps

Do you have the audience #insights needed to deliver more actionable and effective communications? 🤔 Discover how a… https://t.co/ISQUbpxjtV
Chat with us
1